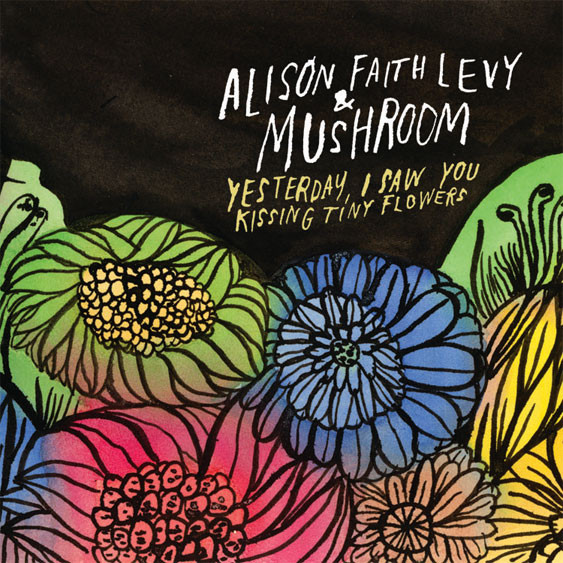 For this limited edition release on the British 4Zero label, San Francisco Bay Area improv-trippers Mushroom have joined forces with the soulful and seductive voice of singer Alison Faith Levy. It’s a match made in heaven, as Levy fits right into the Mushroom ethos, a spirited jazz-meets-groove improvisational attack heavily informed by the more progressive rock styles of the late 60s and early 70s. Seven of the eight tracks are Mushroom originals with Levy contributing the lyrics, mostly mid-length pieces, although “Josh Pollock” (handily named for the University of Errors guitarist who was a member of the band at that time) clocks in at 11 minutes, and “Kraut Mask Replica” at 23 minutes both offer plenty of room for the players and vocalist to stretch out. The material here was recorded in various studio and live settings over the last five years (about 50/50 live and studio), with various incarnations of Mushroom – whose lineup seems to change for nearly every recording. As such, it varies somewhat in recording quality, though most of the eight pieces sound great (the only cover, of Bowie’s “The Sun Machine Is Coming Down and We’re Gonna Have a Party” is the most bootleggy, and has rightfully been placed at the very end like a bonus track). Levy adds a lot to Mushroom’s mix, and one can only hope that they will collaborate more in the future.