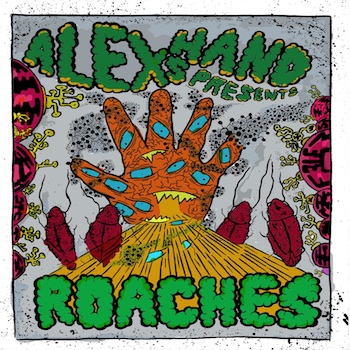 You read a lot these days about the rise of American "foodie culture" — Americans are getting much more diverse in their eating habits, and restaurants all over the place are finding customers willing to eat tripe, marrow, fruits and vegetables that were unheard of a decade ago, and any number of seasonings that don't have a history in European cuisine. Similarly, the rise of microbreweries and craft distilleries has corresponded with the willingness to drink things that would have just seemed bizarre not so long ago: wasabi vodka, pine liqueur, yuzu beer, and so on. Some attribute these changes to the rise of media outlets like the Food Network. Maybe so, but there has not been any similar change in public music taste. Most people remain stuck in age-old perceptions about what constitutes acceptable music, and this is generally true even among self-professed music nerds who flock to the latest indie darlings anointed by Pitchfork (or whoever's cool at the moment). This situation can be frustrating to musicians whose inclinations lead them outside the norms of three-to-five-minute length, hummable melodies, steady 4/4 beat, common chord progressions, lyrics on the level of junior high poetry, and so on. Alex's Hand is a band that has never fit into that box, and years of frustration trying to get noticed by Seattle media and clubs have led to this: a concept album about how hard it is to go against the musical grain. They tell the story of a fictional band called The Roaches, whose situation closely parallels that of the Hand itself. The names have been changed to protect the guilty, and there's a lot of guilt to go around, from hipster DJs drunk on their power to dictate who joins the "cool band" club, to local writers who know nothing about music but what their friends tell them. Musically, they walk their talk, with six tracks in the nine to 18 minute range scattered among numerous short sketches of dialog, sound effects, and miscellaneous strangeness. The style jumps around wildly, maybe something like Mr Bungle doing a Zappa homage. And while this studio recording may have any amount of splicing and dicing, anyone who's seen them live knows they can play this stuff — not that they would, exactly, since every show is different. In the end, The Roaches, just like Alex's Hand, decide to pack up and get out of town, seeking their musical destiny outside the US. Music this creative deserves an audience, and the minds that conceived it deserve to be encouraged. Now if they could just afford to eat...

U.K. - Concert Classics Volume 4 – I was pleasantly surprised to find a copy of this live series disc at a local SF Bay area shop in the bin with the regular monthly releases. Considering that Volume 4 had supposedly been pulled by...  (2000) » Read more