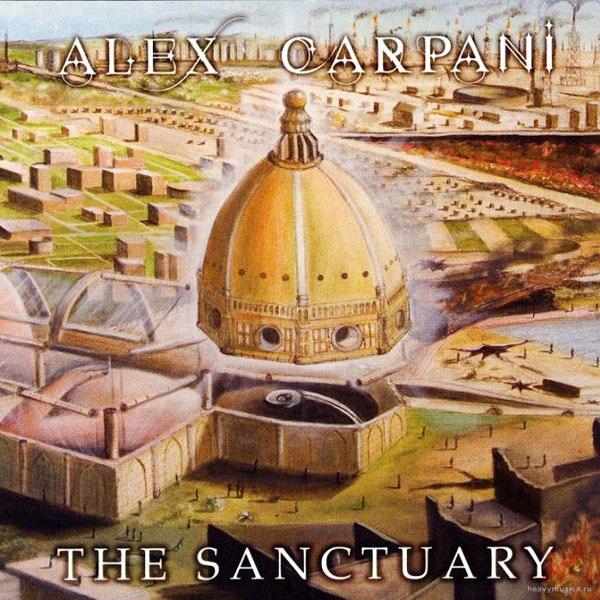 Some may recall composer / keyboardist Carpani’s Waterline album from a few years back, or his outdoor performance with guitarist Tony Spada at the 2008 (and sadly final) Baja Prog festival. But none of that would prepare you for his latest effort The Sanctuary, which takes a turn from a more jazz-rock fusion style directly into the heart of something that more closely recalls classic Italian progressive rock, while retaining enough of the fusion element of his previous effort to make this a very engaging listen. On board this time are returning bassist Fabiano Spiga, guitarist Ettore Salati (ex-of The Watch), and drummer Gigi Cavalli Cocchi (Moongarden, Mangala Vallis), making an amazingly cohesive four-piece unit. There are some vocals, with lyrics in English, handled by Carpani himself sounding a little like a young Peter Gabriel, though this is mainly an instrumental endeavor. Amid the outstanding work on acoustic and electric pianos, organ, a variety of synthesizers, Mellotron, and other keyboards, the strongest card at play here is in the composition department, along with some very imaginative arrangements throughout the album’s ten cuts (many of which link together) with occasional use of some light orchestration (although those could be keyboards as well). Fans of classic progressive rock in all its symphonic greatness will find plenty here to get excited about.