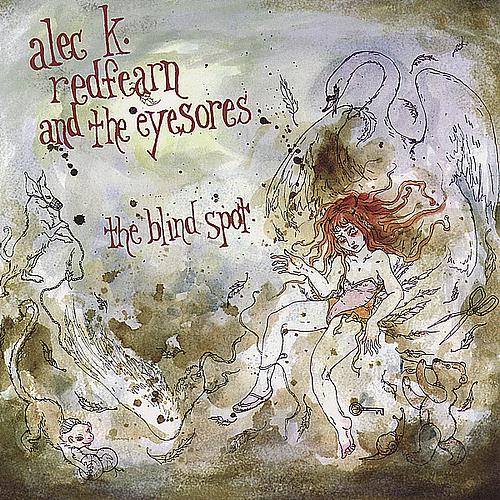 This album can’t be called dull — it’s intriguing, unpredictable, quirky, sometimes disturbing, and masterful. It starts with industrial sounds reminiscent of walking up stairs, moving into almost childlike vocals that are vaguely whimsical. As the CD continues, songs ebb and flow, starting with a base, adding voices and instruments in layers to an eventual resolution. There’s a simplicity here combined with a subtle complexity that works. The blend of instruments is distinctive, with moving lines against droney chords, building light and delicate musical layers one atop another, leading to endings that evolve into the next track. The drumming is light and tasty, precision oriented. Mild dissonances, harmonies, descants, rhythms all combine to completion in subtle ways that are aurally satisfying. The music is adventurous in a dark, muted way, at times dreamlike, at times nightmarish, and I kept finding myself fascinated with the vocal juxtapositions. The production is superb, with a very clean sound that showcases the voices and instruments in turn. The variety of musical influences on this CD is vast; Alec K. Redfearn has taken a plethora of musical styles (folk, cabaret, classical, circus, and Gypsy to name a few) and combined them into something that works on multiple levels. Parts meld and metamorphose, and just when it seems you can put a name to a passage or groove the music goes in a new direction, blending styles and genres with abandon. Redfearn does all of the writing for the group, which consists at various points of 15 musicians. Their unique sound is accomplished by using a wide range of instruments — glockenspiel, violin, bassoon, contrabass, accordion, hurdy-gurdy, alto sax, F horn, jawharp, guitars, bass, drums and keyboards, as well as two custom instruments: the drone hurdy-gurdy and the gong drum, the latter of which was inspired by part of Hieronymous Bosch’s painting “Garden of Earthly Delights.” There is so much going on here, but it never seems overdone or overproduced, and the end result is musical elegance. This is an amazing album.