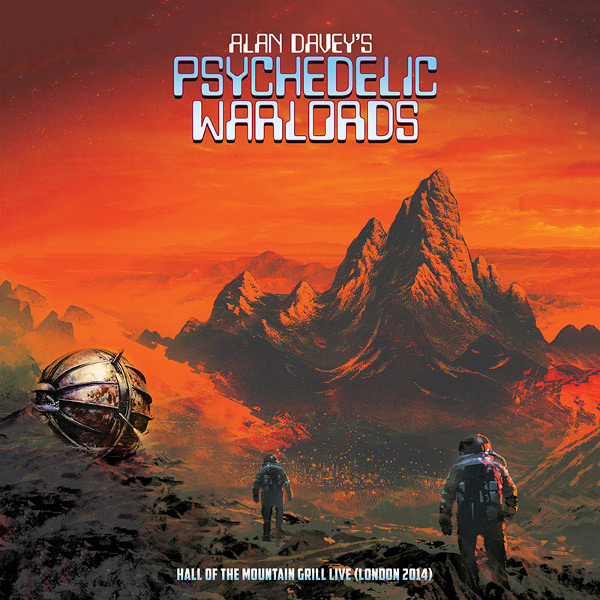 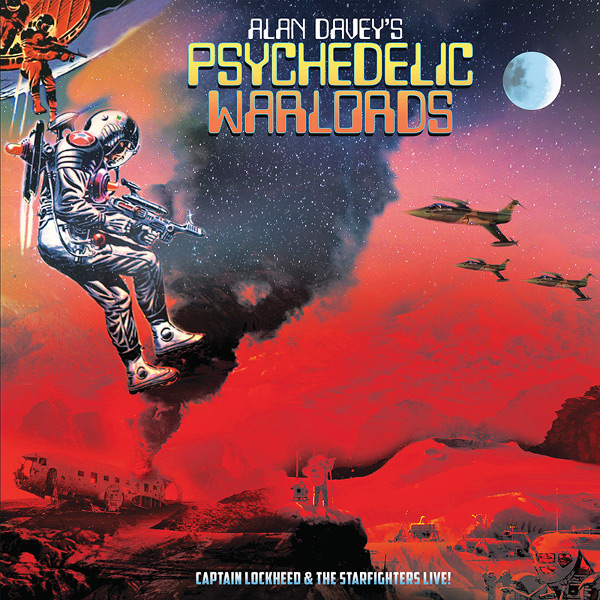 Fans of classic Hawkwind have had plenty to celebrate in recent years. In addition to new music from various people associated with the band, Alan Davey in particular has been revisiting the band’s 70s catalog with live performances by his band Psychedelic Warlords. At hand we have two recordings from 2014 covering the albums Hall of the Mountain Grill (1974) and Captain Lockheed and the Starfighters (1974). OK, I know Captain Lockheed was actually a Robert Calvert solo album, but given the personnel, I don’t think anyone will argue that it counts as part of the Hawkwind canon. Anyway, Davey and his crew perform the albums in their entirety, and in the case of Captain Lockheed, even include the spoken scenes in between songs. The recording quality is decent if not stunning, and the performances are spirited and energetic, with Davey on bass, backing vocals, and synthesizers. He is joined by Billy Fleming (drums, backing vocals), Nigel Potter (electronics), Simon Wilkins (guitar, backing vocals), Zoie Green (keyboards), and Craig High (lead vocals, saxophone). Both albums were recorded the night of 18 December, 2014 at the Underworld in Camden, London. Really only two things are important about albums like this: 1) Do they do the original material justice? 2) Do they bring anything new to the music? I’ll give them a “Yes” on the first question. These players handle their parts well, and no one who loves the originals should have any cause for disappointment. For the second question, I lean towards “No.” They treat the source material faithfully, probably staying closer to the studio albums that Hawkwind did in their live shows of the 70s. As far as I know, Captain Lockheed was never performed in its entirety by Hawkwind, though the band included a few of its songs in their live sets, so this is the first live release of most of the tracks. Most of Mountain Grill has endured as Hawkwind staples in live shows, though hearing the album straight through is a treat. In short, these two live recordings will appeal to hard-core Hawkwind fans and probably have little to offer a newcomer, who should start with the original material first.