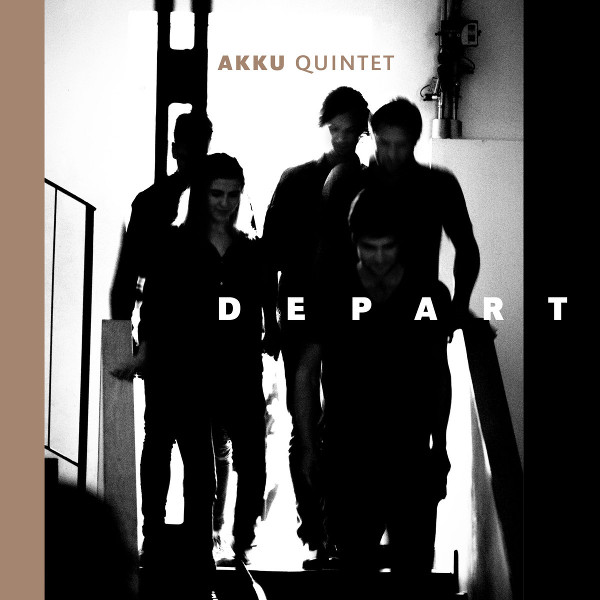 Like their previous releases, the five pieces on Depart make superb use of math in their overall concept, seemingly moving forward in multiple simultaneous time signatures, something most apparent on the fourteen minute opener, “Largo,” and perhaps to a lesser degree on all of the other four cuts. Composer, drummer, and de-facto bandleader of this Swiss unit is Manuel Pasquinelli, who completely understands that in order to make material that is 100 percent instrumental interesting, it needs to be catchy and complex starting at the bottom end, and all five members contribute to this exercise is extreme rythmic discipline as each piece develops from basic numerics into cosmic territory, and having a great time as they do it. In addition to Pasquinelli, the players are the same as 2017’s Aeon: bassist Andi Schnellmann, keyboardist Naja Nydegger, guitarist Markus Ischer, and Michael Gilsenan on sax, all of whom contribute to the fundamental fabric that is the music of Akku. Sometimes the approach is melodically simple, two notes on the sax and the same few chords on the keys in odd time while bass and drums punctuate the proceedings, with the occasional breakouts from each of the players at key points in each composition. Both Ischer and Gilsenan get their chance to turn in some effective soloing on “Made in China” in an astute melodic conversation, while the rest of the group holds down the odd rythms in counterbalance. By contrast, “Breeze” takes an almost ambient approach led by Nydegger while guitars, sax, and bass build solid impressionist imagery, a piece unlike any other in the set. The title cut begins with keys and sax trading some unusual rhyhm until drums and bass enter and set it all straight, and from there the piece continues to develop inquisitively with solos weaving in and out over its eleven minute trajectory. Much like each of Akku’s previous releases, there’s a lot of eclectic motion and spirited development embedded in each of these five tracks.

David Bedford - The Rime of the Ancient Mariner – I never had the pleasure to hear this album when it was still only available on LP. The transfer to CD is fine, the noise is not disturbing this time. The subject of the album is the famous poem from...  (2004) » Read more