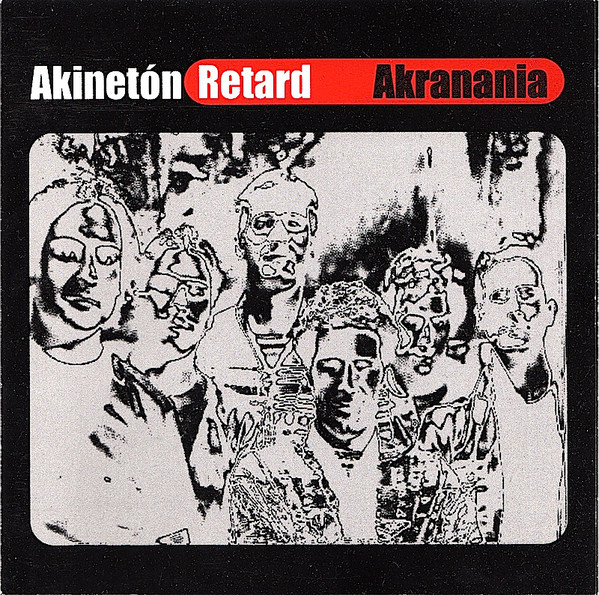 Chilean ensemble Akinetón Retard has hit the prog scene quickly. Their first release came out last year and the follow-up has already arrived, and they have had engagements at BajaProg and (upcoming) at the Progman Cometh festival in Seattle under their belts. A sextet of guitar, keyboards, bass, and drums augmented by two saxophone players, the instrumental palette alone is immediately going to bring to mind names like the Muffins and Miriodor. The band helps these comparisons by putting forth a schizophrenic persona, alternating between playfulness and RIO-ish angularity, avant-jazz histrionics and boozy chill-outs, unpredictable rhythmic shifts and guitar-led straight-time jamming with leads half-Hendrix, half-Fripp. Everyone, from the guitar to the rhythm section, to the Ornette-flavored alto sax, gets a turn to show off their chops. When playing as a group the tightness cannot be faulted; these guys are synched up, whether pursuing straight rock, straight jazz, or something in between. Sometimes the influences seem a bit too strongly worn; “Nimboestrato” and “DementiaAbsorbant” have vocalizations with melody lines so Magma-esque one wonders if Christian Vander is getting paid royalties. The frequent shifting between completely different styles makes it hard to determine the band’s actual identity, and undermines rather than establishes their individuality. That aside, this band, along with a handful of new outfits such as Interférence Sardines and Alamaailman Vasarat, is at the vanguard of a chance-taking, mostly instrumental progressive music which stands on its own merits now, while pointing towards a brighter future. Definitely a band to watch.

Chile’s Akinetón Retard is back! As on their debut, the musicians are listed by humorous and anagramic pseudonyms in the liner notes  (There is, however, a photo caption that indicates their real names and a graphic ‘conversion key’ so that the reader can put it all together.) Like the first album, Akranania offers up a high-energy, angular sax-and-guitar jazz-prog that evokes both the edgy side of 70s Crimson and more melodic side of RIO (Miriodor, Birdsongs of the Mesozoic, etc.). Yet, there are a few subtle changes on this new album. First, Leonardo Arias (aka “Estratos Akrias”) lays aside the bass clarinet and plays only soprano and alto sax, while his sax partner, Rodrigo de Petris (“Petras das Petren”), restricts himself to tenor. This results in a little less variety in tone and timbre than before. Second, the band is now a six-piece, having added percussionist Christián Gonzáles (aka “Quicky Zelasnog”), although his contributions are obvious only on a few tracks. Also notable is the relative absence of vocals, except for some chanting on “Nimboestrato” and lament-like wailing on the 12-minute “DementiaAbsorbant.” The biggest change, though, lies not in arrangement but in composition — and it’s here that the band really has leapt forward, with pieces like “Recurrencias” that show complex and dramatic structural development. Those adverse to saxophones and angular chamber rock might not care for Akranania, but I find myself playing this over and over. A sure bet for my Best-of-2001 list.