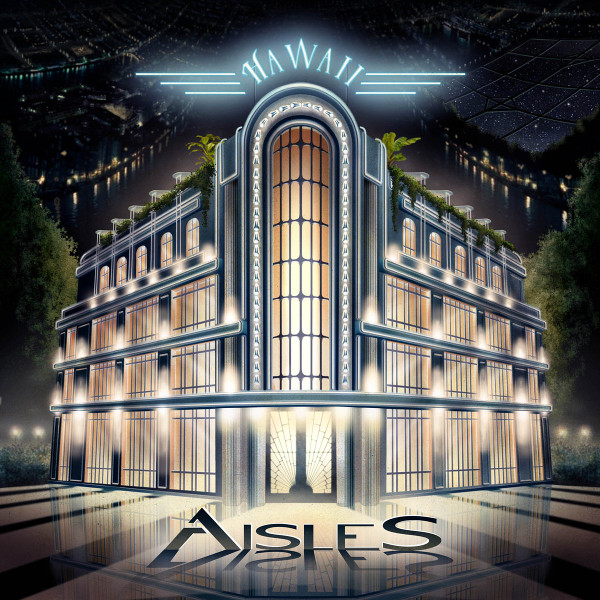 With Hawaii, Aisles provides a good example of how a tried-and-tested genre can still produce creative gems. In broad terms, the band plays neo-progressive rock superficially like most other neo-progressive rock. The melodies are catchy and the harmonies accessible; there is an occasional nod to progressive metal in the guitar; the lyrics touch on weighty subjects and sometimes have a science-fictional bent; and the tunes feature varying sections, even grouped into suites at times. There will be moments where a unison melody between synthesizer and guitar will remind you of something off A Trick of the Tail, and some slightly fusion-esque instrumental sections a bit like Jet Lag era PFM. But there are some nicely unexpected touches, like the lovely synthesizer sequence that backs the second half of “Year Zero” and the weird synth and drums section at the end of “Terra.” A useful comparison might be what you’d get if you took the poppish leanings of ...And Then There Were Three, but maintained the gutsy creativity of Selling England by the Pound. Though I want to be clear that Aisles is no mere Genesis fan-band. Certainly the vocals are nothing like anything Genesis ever did — Sebastian Vergara has a clear tenor with a strong high register and not a hint of bluesy grit. The guitars, both electric and acoustic, are never very much like Hackett. But it’s really the keyboards that are distinctive with Aisles. Aside from the previously mentioned sequences, there are many lovely spots where a resonant analog sound fills the role that might normally be played by a string sound. There are also some really unexpected sounds that resemble modular synth knob-twiddling (though of course that can be simulated these days). At over an hour and 20 minutes, it’s maybe a bit overlong, but I can’t point to any lame tracks that would be better skipped. The weakest moment is fairly brief: a stiff dialog at the beginning of “Club Hawaii” that is very awkward — which is a shame since the rest of the track is excellent. All in all, Aisles has produced an impressive set of tunes that are easily the equal of anything currently in the world of progressive rock outside the avant stream.