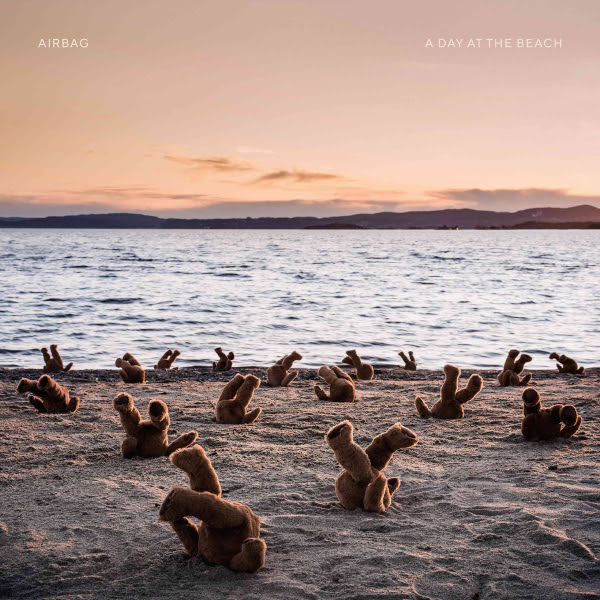 Many of us can remember a time when every new progressive rock band could be identified by which era of Genesis they most resembled. Genesis was the ubiquitous influence, the base upon which many new bands were built, and while there have always been other influences in the later generations of prog groups, most of them seemed relatively minor in comparison. I’ll offer a caveat in recognition of Rush, whose influence in the realm of heavier prog is undisputed. Anyway, I bring this up to point out how much Porcupine Tree changed the face of progressive rock, with a sound built from Pink Floyd infused with elements from heavy metal. Now we’re living in a time when it seems like most progressive bands formed in the last 20 years take some phase of Porcupine Tree as their main basis, and indirectly, Pink Floyd. Airbag is certainly in this camp, though their music is good enough that, like the best neo-prog bands of the 80s, they transcend their influences. A Day at the Beach is the band’s fifth studio album, and features six tracks ranging from just under four minutes in length to nearly 11. If you’ve heard any of the solo releases from guitarist Bjørn Riis, the style is quite similar, though with a slightly greater emphasis on the more aggressive side of the style. This still puts them on the less heavy side of the Porcupine Tree continuum, with reliance on atmospheric keyboards and breathy, melodic singing. Riis takes a back seat in vocals to Asle Tostrup, though the two have very similar qualities to their voices. Riis and Tostrup also share keyboard duties, with Riis on guitar as well. The rhythm section of Anders Hovdan (bass) and Henrik Fossum (drums) provide solid support, though many passages drift off without them, presenting echoing guitar tones and expansive keyboard pads. After hearing all four of Riis’s solo albums, I’d never heard Airbag until now, and while I’d say that there are no surprises in store, there are also no disappointments. In comparison with A Storm Is Coming, I would even give Airbag a slight edge. Both are excellent albums with a similar sound, but A Day at the Beach really holds together as an artistic statement.