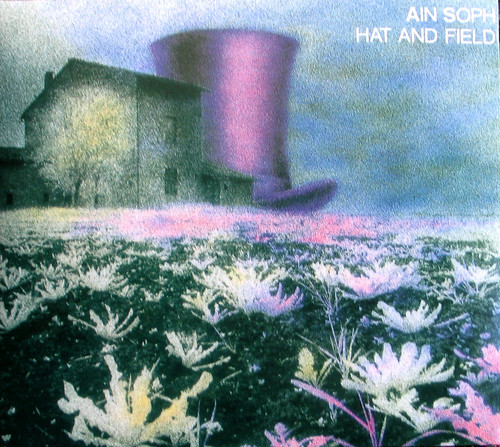 Ain Soph are a post-Canterbury Japanese quartet who have certainly paid their dues, and whose Hat and Field album marks their return to the progressive/jazz scene from a six year hiatus since their 1980 classic A Story of Mysterious Forest. The music on this album is perhaps more subtle and subdued than their recent work, Five Evolved from Nine, but is also more consistent. While they are still guilty of occasionally dabbling in virtually new age territory, it works better on this album because of the more mellow atmosphere. Which is not to say they don't heat it up — on "Suite: Hat and Field" there are some blazing guitar/synth harmony lines which surprise the listener with their intricacy and accuracy. The drummer and bassist take more of a supporting role than is usually heard in this style, but they do it well. The drummer is light and quick, and the bassist moves nimbly through rapid chord changes to provide a solid rhythmical backdrop for the lead lines to work against. Fans of Chick Corea, Caravan, Pat Metheney, and National Health will all find a lot to enjoy on this album, which is overall more solid than anything Ain Soph have done since. Furthermore, for symphonic or neo-prog fans wanting to explore new realms, Hat and Field represents the Canterbury genre very well.