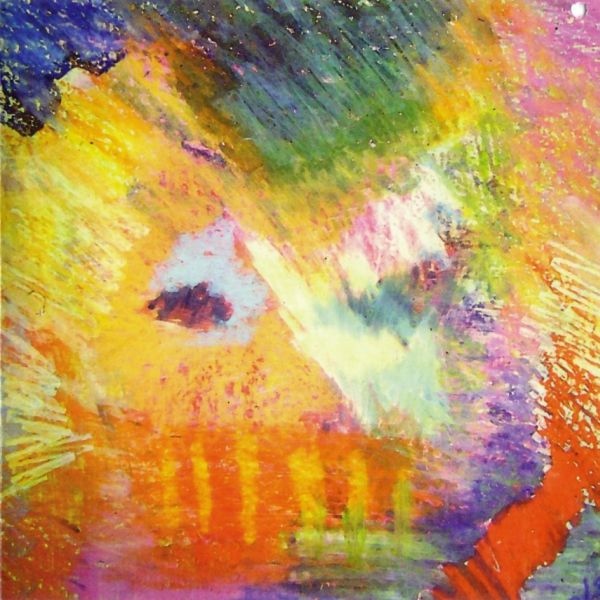 Dave Kerman said he was playing with a cool band over in Israel, and they were about to release their first album… but I sure wasn’t prepared for something of this caliber. Ahvak, a six piece of guitar, bass, two keyboardists (one doubling on sax, clarinet, and other stuff), drums, and computer, sound like a band of seasoned professionals (which they indeed are), not a new band on their first release. They are firmly in electrified chamber rock territory, often with a driving ferocious expediency that boldly eclipses their peers, who have clearly influenced their direction. The primary composers are the two keyboardists, Udi Susser and Roy Yarkoni, whose compositions bask in complexity and sheer chaotic splendor, exploring dark regions of tension, melodic alienation, and powerful contrasts, all with a burning urgency. When Kerman and bassist Ishay Sommer kick in, the busy and hectic structural support from the bottom supports an eclectic framework that gives every player a voice. Guitarist Yehuda Kotton blisters away under the surface, painting angular counterpoint and furious textures. The final piece of the puzzle is Udi Koomran on computer, treating and effecting the sound and offering some unique sonic events within the fabric of the musical mayhem that further edifies the results. There are vocals in a couple places – some understated spoken parts on the opener, and some heavily treated singing on the lengthy title track. Fans of Present, Miriodor, Henry Cow, Univers Zero, and the like will find plenty here to get excited about.

Ahvak is an Israeli six-piece featuring a mix of newcomers and veterans of the progressive music scene. The two chief composers are Roy Yarkoni and Udi Susser, who both play keyboards (Susser doubles on woodwinds and Turkish ethnic instruments). Yehuda Kotton and Ishay Sommer accompany on guitar and bass (Kotton contributes a composition), while Dave Kerman (5uu’s, Thinking Plague, Blast, etc.) appears on drums. Continuing a trend we saw with Univers Zero’s Rhythmix, everything is recorded to computer where it can be further manipulated, in this case extensively by Udi Koomran, who has collaborated with Kerman in the past and can be seen as a sixth member of the group. I can only imagine Ahvak enjoyed working with Kerman a great deal, because the compositions bear a palpable influence from his previous work. Indeed it’s very much in the spirit of 5uu’s to take harmonically challenging compositions with jarring, mechanistic rhythms, and marry them with studio effects. The freshness in this case comes from Ahvak’s traditional elements, a Turkish / Balkan / Middle-East sensibility that pokes through the dissonant machinery like some weird Ottoman cyborg. Take a pinch of Univers Zero circa Heresie, add some Bulgarian wedding music, and roast over Noah’s Flame, and you have a pretty good idea what to expect.

Sometime during recording of 5uu’s Abandonship, it became apparent to drummer Dave Kerman that he could no longer reside in the US and properly incorporate his unique set of musical influences. So what better idea than to go to the source and infuse a Middle Eastern inspiration? Ahvak is the band name of his joint endeavor with Israeli musicians of high caliber. Onboard again is Udi Koomran who has been Dave’s compositional counterpart since UTotem, and here suspiciously credited with computer. Composer credits lie with keyboardists Udi Susser and Roy Yarkoni who blend insanity, and crafted composition. “Bertha” lies in that all-important number two track location that usually makes or breaks an album and the song is a scorcher. Familiar flashes of Present are apparent throughout the disc but with a further emphasis on organized dissonance and a folksy flavor. Guitarist Yehuda Kotton is used sparingly throughout the disc; his sole songwriting composition is “Melet” that translates to cement in the native language. His contrasting piece begins with an acoustic guitar introduction that quickly veers off into Zappa territory. It’s clear that Kerman (despite his feelings that prog is dead) and this group use a similar approach to Dave Grohl of the Foo Fighters. By extracting the root of a music source, they manage to bypass plateaus of earlier success. Fans of Present and Universe Zero will again rejoice as Kerman forges ahead. Highly recommended.