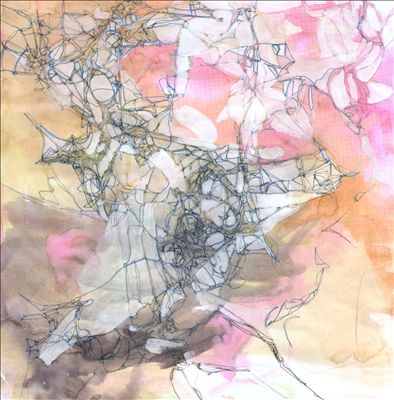 I will admit to approaching this CD with a bit of trepidation. I rather like the previous Ahleuchatistas releases I've heard (as you can tell by other reviews on this site), and I had heard that the band was down to the duo of guitars and drums after the departure of bassist Derek Poteat, and long-time drummer Sean Dail was gone, replaced by Ryan Oslance (this happened a couple releases back, but I've missed those). That leaves guitarist Shane Perlowin as the sole remaining original member. Could the magic remain after so much change? The answer is yes and no. This Ahleuchatistas is not quite the same as the old Ahleuchatistas, but it's still pretty amazing. Perlowin does contribute some bass, and there's more reliance on effects and overdubbing (and/or looping); in addition, there's quite a lot of Asian influence, from the gamelan-like tones on the opening track ("Vanished") to a large reliance on the pentatonic scale for the title track. Another thing that's new since Even in the Midst is the use of what sounds like prepared guitar, with something done to alter the tones of the notes aside from electronic effects. This appears on "Vanished" to create gong-like tones, and again on "Wisps" to add a buzzing dampened tone. Overall, the tight coordination between the drums and other instruments that was always a hallmark of the band's sound is relaxed somewhat for a looser, more spontaneous mood - whether this is due entirely to Oslance's style or the need for two players to fill up space, or whether it is a deliberate choice to move into new territory, I don't know. But it works, and the longer track lengths (five of the nine tracks exceed six minutes, and the title track is over 16) really allow the changes to come to the fore. "Requiem for the Sea" is a good example of this, with a dreamy rapid picked guitar part and rolling non-rhythmic drumming that builds as guitar parts are added. This one uses a Middle Eastern mode, for even more variety. In short, another winner from an evolving band.

Time to Hit the Road with A.R.C. Soundtracks