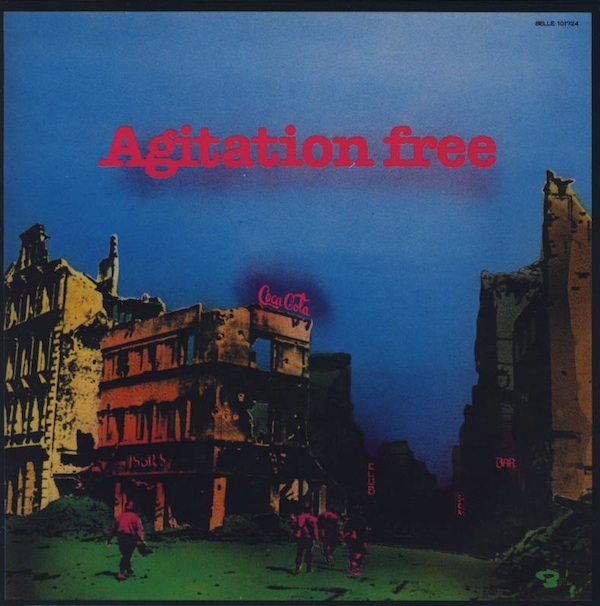 Agitation Free was a mid-70s German band with connections to Tangerine Dream through Michael Hoenig (keyboards) and Ash Ra through Lutz Ulbrich (percussion). Their three obscure LPs are constantly sought after by record collectors, especially the rare third Last. I have seen it going for $150 to $200. Now the French label Spalax has reissued Last on CD. I am ecstatic that Spalax resurrected this long lost gem. Last consists of three live recordings from March 1973 and February 1974: "Soundproof" (5:47), "Laila II" (17:08), and "Looping IV" (22:45). "Laila II" has a dated guitar-dominated sound but it does not detract from the music. "Laila II" is an extended cosmic guitar jam that hints at Quicksilver Messenger Service's classic "Who Do You Love," Amon Düül II, Ash Ra, and (of all bands) Jefferson Airplane. The high point of Last is the slow-moving "Looping IV" with its wave after wave of electronic washes hinting at Tangerine Dream's Zeit and Phaedra. It is great to listen to acoustic percussion used in an analog electronic piece. My ears have gotten tired of electronic percussion. The only draw back to this CD is that Spalax photo reduced the original album jacket to CD size: cover damage, red printing, and all. I could not read the liner notes without a magnifying glass and at that I am not certain about some of the words. Highly recommended.