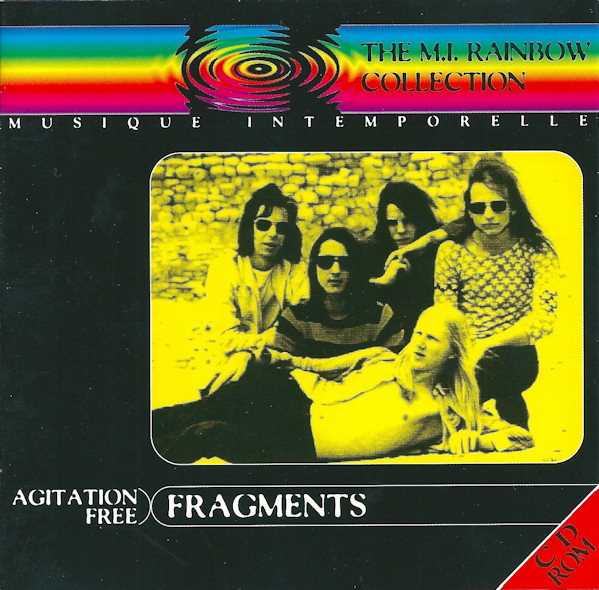 Whatever else they may have done in their recording career, Germany’s Agitation Free loved a good long jam. For their farewell bow, they played a concert in November of 1974 with a professional recording setup. Musicians who had played with the band were invited, leading to a line-up of four guitarists, two drummers, three men on keyboards, and one on bass. From the sound of things, not much rehearsal was involved — it’s basically a jam session of prominent German rockers, instrumental but for a brief bit of singing. Previously available on a couple of 90s releases with this same name, this set has become notorious for its bad sound quality. Garden of Delights has done what can be done with the master tapes, to produce what is likely the definitive document of the event. Three long pieces allow lots of time for extended improvisation, and it is to the musicians’ credit that they avoid stepping on each other in spite of the crowd on stage. “We Are Men” borrows a bit of the classic riff from “I’m a Man” (Bo Diddly by way of the Yardbirds), relocating it in a spaced out context with electric piano behind guitar solos, and stretching it out over eighteen minutes. The bonus track, a ten-minute blues jam, is probably of interest only to completists. Come to think of it, the whole thing is basically for completists, as listeners looking to explore this classic German band should definitely turn elsewhere for an introduction.

Agitation Free are one of Germany's finest space rock groups, an outfit that launched the careers of many respected musicians like Michael Hoenig, Lutz Ulbrich, and Chris Franke. Fragments is one of Musique Intemporelle's Rainbow series which includes a track of CD ROM which I can't comment on. The music that makes up the audio part of the CD was recorded live in 1974 and portrays a different Agitation Free live sound than what was on their Last live album. The music here has strong ties to the San Francisco west coast scene — there are a lot of jams here with strong Grateful Dead and Quicksilver influences. Mostly absent (or mixed too low), unfortunately, are the electronics that made Last so good; the looping and synth noises that added a unique ambiance to the jamming. Nevertheless, I've found Fragments does grow on you over repeated listening.