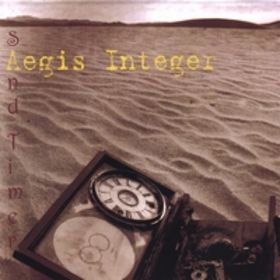 This California trio seems to have sprung fully formed from the brow of some musical god. The music is undeniably "progressive" in a number of ways, but rarely reminds me more than very superficially of anything else, recent or otherwise. The tracks are mostly medium to long, and have varying sections and the occasional odd meter; the arrangements are complex without being overly flashy; the players are highly skilled without being show-offs. Guitars tend to dominate, with keyboards making only sporadic appearances, and the vocals all around are quite strong both in lead and in the backing from all members. It may be a really simple thing, but I'm impressed by the way they balance variety with their own stylistic integrity. The songs feature a wide range of tempos, moods, keys, rhythms, guitar tones, and effects, but manage to hold together effortlessly. So many bands find a sound and stick with it that it's almost a given sometimes, which makes a CD like this a real treat. The only place they lose me is with the throwaway unlisted track, and since that's all I have to complain about, I'd call it a pretty strong release. If you have to throw them into a box, pick the one where you put IZZ, but you'd be better off getting another box and labeling it Aegis Integer. They are definitely a worthy entry in the roll of American progressive bands.