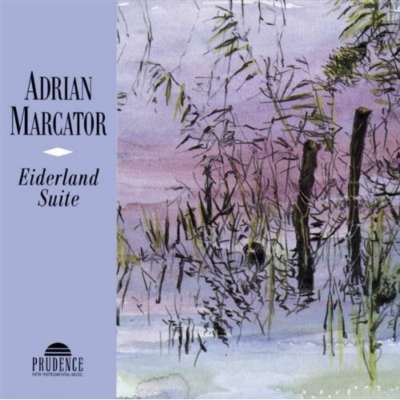 Eiderland is strongly rooted in German traditional folk music stylings, although all of its twenty tracks are original material. In summary it could be said by comparison, that Eiderland is to German folk music what the first couple of Horslips albums were to Irish folk music: a modern refinement and instrumental approach to a style steeped in traditions. The songs vary in scope from very traditional approaches with beautiful melodies, waltzes, marches and tangos, to more upbeat fast-paced numbers, often with outbursts of blistering lead guitar and liberal use of synth, giving some of the tunes an almost electronic feel (case in point typified by "Eiderzeiten," the frères album's longest track at fourteen minutes). Overall, the music here is very tame and tempered, well thought out and carefully arranged, with little room for raw experimentation. I guess my only genuine complaint is the drum computer / syndrums, which if substituted with real drums and percussion would have made this album much better overall. Still, this unique album is a warm and rich experience that grows on the listener.