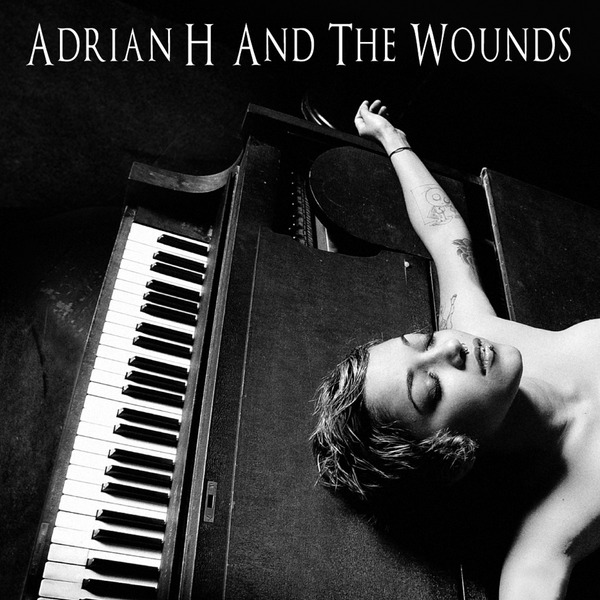 How often have you read a music review and come across a phrase like "the Chinese Leonard Cohen" or "the punk Madonna" or "the German Fairport Convention"? I like to avoid clichés in my reviews, so I won't start off by saying Adrian H is "the Goth Tom Waits." (Or maybe I will.) His gruff voice tells dark stories of pain and suffering in a mostly spoken way, only occasionally singing in a conventional sense. The music behind his voice is dark and moody, drawing from Bauhaus, Love and Rockets, and the like. With a bit of Kurt Weill thrown in, of course. So his take on the Mary Poppins song "Chim Chim Cher-ee," with its rolling piano part, fits right in, offering a sinister (or at least melancholy) twist to a usually cheerful tune. This CD transports us to an alternate-universe version of pre-war Berlin, similar to that presented in Cabaret, only with electric guitars and synthesizers augmenting the other instruments in the band. For most listeners, this might be a mood thing, not something to listen to any old time, but I'm thinking there are others who would immerse themselves in this world, living forever in "The Night My Mother Screamed." This Projekt release is Adrian & Co.'s second album, which was released in Germany as Dog Solitude in 2011 on the Danse Macabre label. Confusingly, Projekt has retitled it, although there was already a self-titled CD on Lest We Forget (the band's own label) in 2009.

Thinking Plague - A History of Madness – Most music critics (and listeners too) tend to get caught up in the genre game when describing music. We think in terms of qualities like loud/soft, electric/acoustic, rocks/doesn’t. But there...  (2003) » Read more