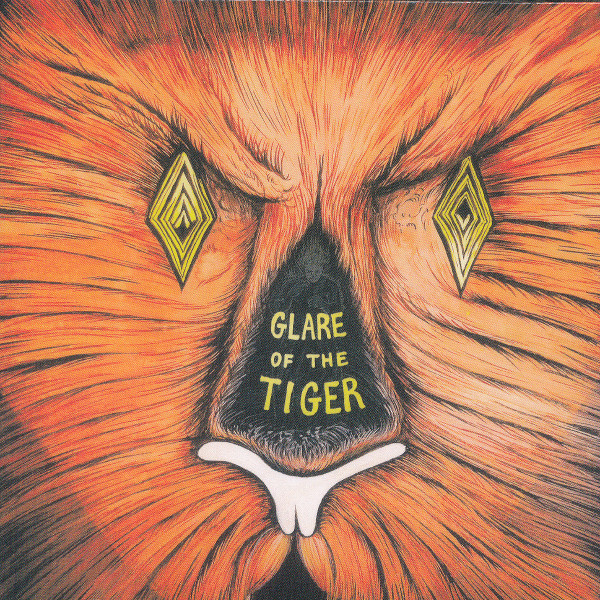 The title track of Glare of the Tiger starts off this album with more than 13 minutes of pure funky electrojazz bliss, complete with distorted Rhodes, cosmic organ, grooving percussion, spaced-out cornet or flugelhorn, and wah-wah guitar. It definitely catches that Bitches Brew spirit. And it’s in 5/4. After a brief interlude, we dive into “Ecstaticized,” another great track, this time with a latin-inflected electric piano part in a complex metric structure that you can completely ignore and just enjoy. Over that, cornet and sax state a wandering melody, for a result that again resembles electric Miles Davis with an infusion of esoteric non-Western rhythmic theory. “Rotations” is another outstanding result of Rudolph’s methods, and “Dialogics” takes us in a much more spacious direction, with sparse playing from flute and flugelhorn, scattered keyboard splashes, and a very free tempo. Other sounds appear over the course of the album, such as a hint of gamelan in “Lehra” and the long, mysterious build-up of “Wonderings” that explodes into a cool burn after nearly ten minutes. Rudolph contributes the compositions and a wide variety of percussion; he is joined by James Hurt (percussion, electric piano, electronics), Hamid Drake (drum kit, percussion), Alexis Marcello (keyboards), Damon Banks (electric bass), Kenny Wessel (guitar, electronics), Graham Haynes (cornet, flugelhorn, electronics), and Ralph M. Jones (woodwinds). With all the (often) misinformed buzz about “cosmic jazz” going around these days, Glare of the Tiger represents the very best of the real deal: creative musicians unencumbered by fads, honoring traditions while moving forward with the grooves of the future.