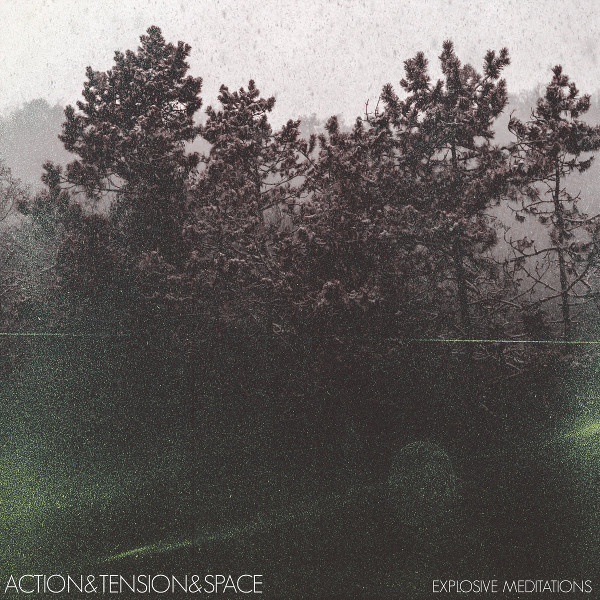 The latest release by this Norwegian quartet of sonic improvisers offers a powerful trio of extended tracks with no vocals (some occasional shouts buried deep in the mix are barely audible at the surface at one point) that a listener can easily get lost within. Their music is often like a jungle of curious sounds that draws one in for a full immersion, the title Explosive Meditations is particularly applicable to their tangled web of sounds that pushes forward effortlessly as it proceeds. One doesn’t remain on the outside for long, but instead becomes a participant in the sonic maelstrom that seemingly ignores the passage of time. The group makes theit magic with essentially five instruments: guitar, lap steel, organ, bass and a drum kit, oh, and did I mention all the effects (echo, reverb, delays, etc.) applied to each? Only occasionally do the drums maintain any kind of steady beat, mostly just riffing, building up power along with the bass to accent peaks and valleys in the overall fabric of their sound, while the guitars and lap steel meander in a seemingly chaotic web of jangly shimmering melodic vortex that can seem perilous in one moment, and soothing in the next. When enployed, the organ works as figurative glue holding the whole thing together as it wanders freely, with a sound reminiscent of Richard Wright’s contributions to the early Pink Floyd soundtrack period. The opener “Peruvian Dream” wanders on for slightly over fourteen minutes, never really starting or going anywhere, it could wander on forever but this is just a segment of the journey. The album’s shortest track comes next, the six minute “Mørke Skyer Over Sildabyen” where a steady beat holds down an ongoing bluesy figure with dazzling guitar improvs. “Destroyer of All Worlds” at nineteen-plus minutes would take up the entire second side of the LP assuming this ever gets released as such, but as of this writing it’s only available as a download. “Destroyer...” is an engaging slab of improvisational brilliance that builds slowly, peaks, collapses and repeats many times over its duration. This is another one of those albums that just begs for multiple replays.