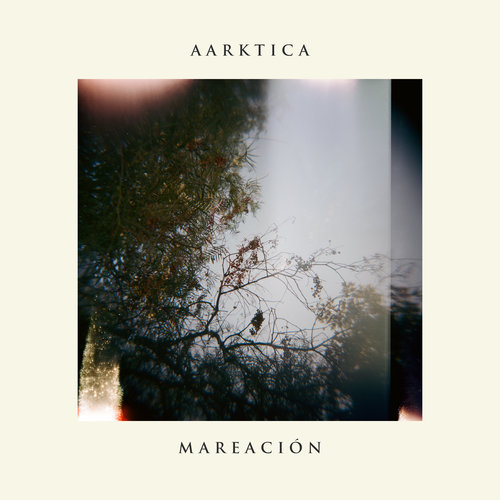 It's been a good ten years since Aarktica’s last release, well overdue. Aarktica is the musical project of ambient / atmospheric composer Jon DeRosa, who has been releasing music with a revolving lineup of collaborators since 2000 with the album No Solace in Sleep; this is the eighth full length release, following In Sea from 2009. The music presented on Mareación (“The word ‘mareación’ refers to an energy in shamanic ceremony where the spirit of the plant medicine arrives at its most intense, its most majestic, and in this all-encompassing state of its energetic presence, a profound level of healing becomes possible" per Aarktica's website) is of a profoundly meditative nature, influenced by shamanic plant medicine ceremonies and intended for post-ceremony integration, healing work, meditation, and deep journeying”. The nine tracks herein are mostly instrumentals, slow moving vignettes of an ambient dreamy nature, created with multiple layers of guitars, electronics and plenty of effects, and occasionally vocals, for example “Golden City (All Is Love)” and “Mariri”, yet the vocals are always somewhat understated and chant-like, and on the former DeRosa is joined by guest vocalist Nicole Laliberte. Throughout the sounds are based in beautiful shimmering drones often encapsulated in loops, nothing that is virtuosic from a performance standpoint, but the compositions are truly effective in creating a feeling that carries the spirit forward as each piece proceeds, a couple of pieces (“Awakening” and “Eating Rose Petals”) top the ten minute mark. By the time the closer “Her Divine Light” ends, there is no safe place to go other than back to the beginning to repeat the experience.