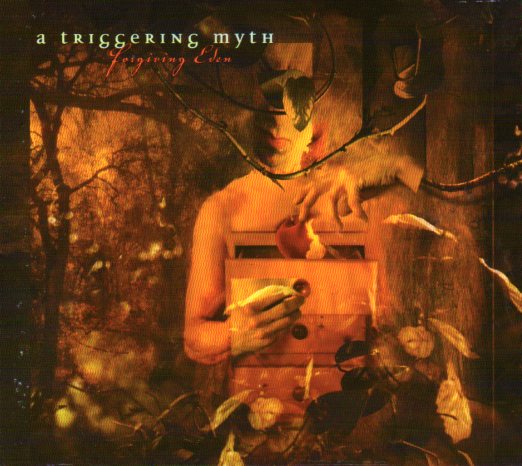 For their latest effort, keyboardists Tim Drumheller and Rick Eddy present a single suite divided into eight parts, sometimes with no break between them. Part one starts quietly with a slightly jazzy, almost cocktail feel, but that doesn’t last. A couple minutes in, barely intelligible voices usher in a more ominous mood, and a high synth part hints at more insistent rhythms. The second part jumps right in with the introduction of guests Scott McGill on guitar and Vic Stevens on drums for a shifting-meter section a bit like Happy the Man with wild guitar. A quieter section with flute-like melody provides some contrast. The music is imaginative throughout, and McGill’s guitar provides a perfect antidote to impending keyboard overdose. Drumheller and Eddy use a broad palate of instruments, from acoustic and electric pianos to a great variety of synths, but there is a certain human touch that comes from having fingers touch strings. There is a lovely section of the fourth part with acoustic guitar, electric piano, and a flutish lead. McGill throws in a bit of his expected flash, keeping it within the musical vision, however. Happy the Man is probably the most usual referent, but I hear little bits that remind me of ELP. Those are only references, however. I would say A Triggering Myth has a unique sound of their own, and the compositional quality can stand up to any hints at stylistic derivation. This is good complex stuff, and one of the year’s outstanding releases.