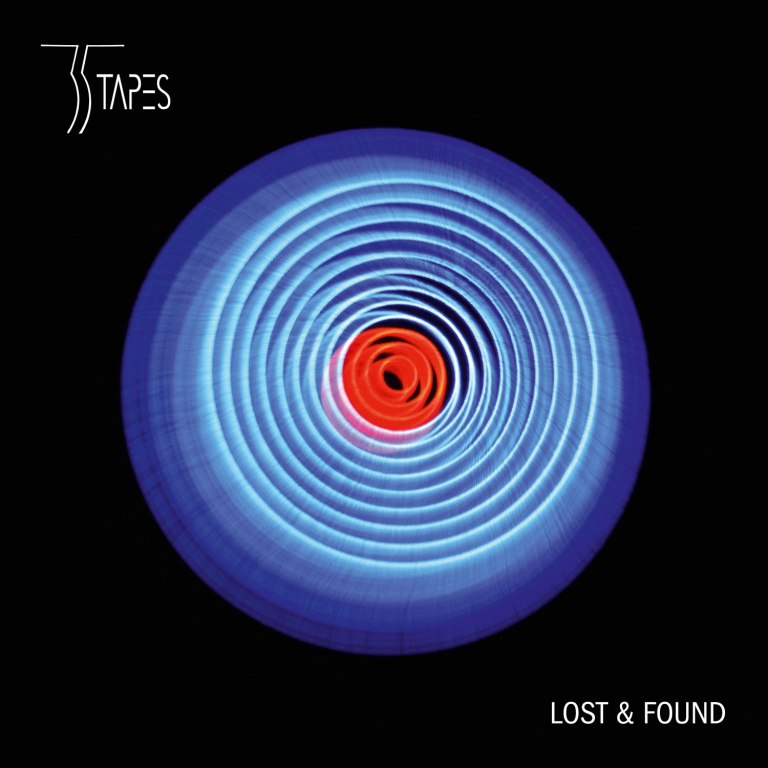 Norwegian trio 35 Tapes is a modern melodic rock band inspired by the progressive rock of the 70s. The sound of the mighty Mellotron, with its 35 tapes to produce notes, made a deep and lasting impresion for many young up and coming musicians during the 70s (and earlier); the trio, now mature men, are dedicating their lives to music and the sounds, tones, and instruments they once learned to love. The very first notes of the opener “Travel” are drenched in Mellotron and the entire song suggests a somewhat pensive mood that supports powerful searing guitar leads and gentle lilting acoustic12-string passages that will transport the listener right back to the second side of Trespass. The vocals are shared (lead and harmony) by bassist / guitarist Jarle Wangen and guitarist / keyboardist Morten Lund, and project a poweful and somewhat dark feeling that matches their music precisely. Drummer Bjørn Stokkeland is supporting the effort well without drawing too much attention to himself, providing essential power when needed. Eight minutes later we move to the second track, “Circles,” a somewhat less delicate slow groove based number with a bit more punch, but still with a solid 70s feel and plenty of riffage and tronnage, the closing instrumental section being especially noteworthy. Side one is rounded out by “Wasteland,” eight and a half minues of the somewhat dark vibe that permeated the first couple Crimson LPs, with many highlights therein. Like many great 70s albums, the entire second side is taken up by one long track, “Mushrooms,” with much of the 12-string and 'Tron action as earlier cuts, but the vocals and harmonies here are much more bright and an ever-shifting groove that keeps the piece going over its near-twenty minute entirety, with numerous detours and twists as it goes. In all, this is a pretty impressive debut, which should appeal to fans of the sounds, moods and textures of early Genesis, early Crimson, and Camel.