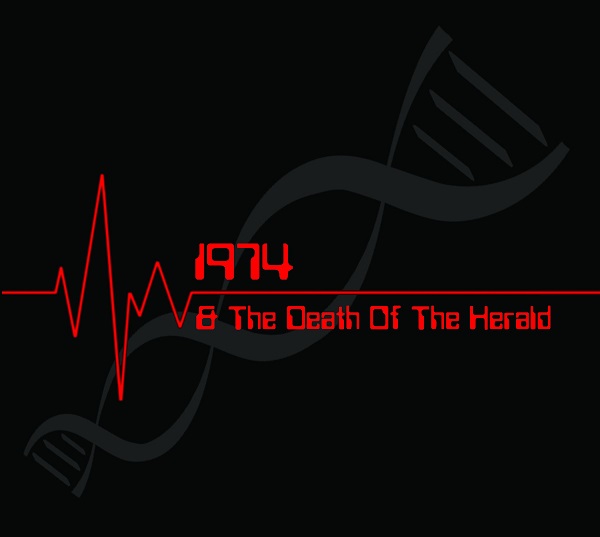 When a bad chooses to name itself after a year, you have to figure there is some significance to that year in relation to their music. So when you listen to 1974 (the band), you might expect the music to sound like something from 1974 (the year). And aside from a few modern touches, your expectations would be fulfilled. 1974, like any other year, had its good and bad points musically, so fortunately this band takes its cues from Secret Treaties (Blue Oyster Cult) and Axe Victim (Be Bop Deluxe) rather than Dark Lady (Cher) or Hot Sox (Sha Na Na). Other points of reference (not necessarily from 1974) might include Captain Beyond, Nektar, Klaatu, and even Kansas or Styx (a little). I'm also reminded a bit of those Finnish masters of retro-rock, Five Fifteen, especially with the male/female vocals. The music centers around a story, some kind of science fictional epic involving a Great Galactic War and the United Earthlands' Assembly and the like. Concept albums are so 1974, and this isn't this band's first one — they put out 1974 & The Battle for the Lazer Fortress in 2011 as well as a couple of EPs. It's possible all of their work is part of a single sprawling epic a la Coheed & Cambria. But that question is left for people who read liner notes, and for those who just like to listen, 1974 gives us some good solid rock music in the classic mode, before it was considered uncool to have keyboards and extended instrumental sections. They manage to avoid sounding too pretentious or serious, and utilize many of the tropes of 70s rock without coming off as simply derivative. Guitar, keyboard, and vocals are all quite well done, and the production is clean and full without sounding fussy or overblown. And while the music doesn't aspire to Gentle Giant's complexity, neither is it straight 4/4 bonehead stuff. In short, 1974 & The Death of the Herald is something that doesn't seem like it ought to exist in 2013, but succeeds admirably. I can think of many reasons why some listeners might not go for it, but given a fair chance, I think those reasons can be overcome by the quality of this performance.