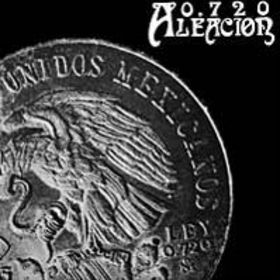 Mexico in the mid-80s was a fertile breeding ground for all kinds of new and unusual progressive music; bands like Iconoclasta, Nazca, Banda Elastica, Nirgal Vallis, Decibel, Delirium, and others offered a wide range of styles that weren't content to just rehash and imitate the glories of the past, but instead were moving ahead, fusing diverse elements into an array of new sounds. Two recently formed labels — Smogless and Sol & Deneb, seem to be committed to unearthing many of these nearly-lost gems from the recent past. 0.720 Aleacion was one of these treasures, a five-piece acoustic instrumental band featuring multi-guitars, piano, violin, flute, trumpet, drums, percussion, electric bass (OK, that's not acoustic...), and voices. Only the closing track from the original album features vocals with lyrics. Their sound fuses elements of Mexican traditional, jazz, and to a lesser extent rock, RIO, and neo-classical into a highly kinetic mixture that is at once stunning and unique. The musicianship is outstanding throughout and the compositions leave plenty of room for spirited soloing and a degree of improvisation. Dissonance is used sparingly, but to good measure throughout, keeping the songs interesting and unpredictable. The rousing "Danzante" might even get the listener's feet moving, while the spacy and rhythmic "Templo Mayor" is more likely to move the imagination with its busy melodies and counterpoint. "Campana del Silencio" and "Tarahumara" both begin with a lazy folk guitar style and end up in smoking acoustic fusion territory. Nine short pieces of film music are added to the original album as bonus tracks; sadly, together they only account for about eight minutes of music. This is highly original and uncategorizable music that certainly deserves to be heard. A most welcome reissue; recommended!