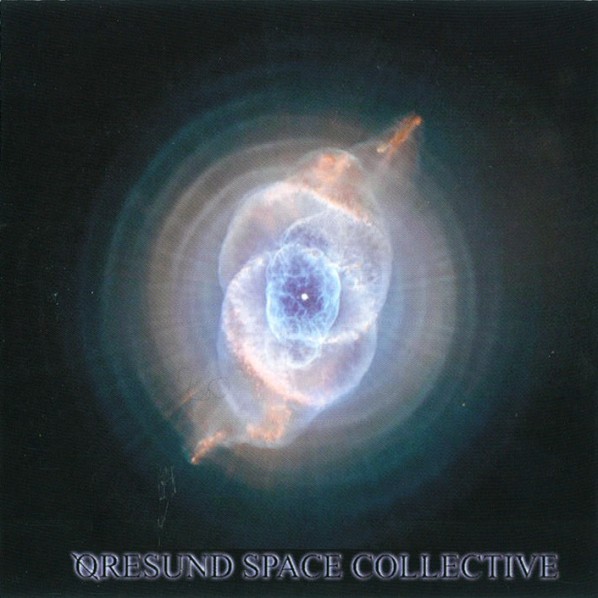 Scandinavia appears to be the 21st Century’s space rock incubator and Øresund Space Collective is one of the latest offspring. The ØSC is a group of Danish, Swedish, and American musicians who frequently get together to perform free-form improvised space rock. The core collective members are Magnus, Sabana, Jocke, Michael, Scott, Ola, Mogens, and Soren, with other members varying from session to session. Since forming in 2004, ØSC has been jamming either in Malmö or Copenhagen across the Öresund bridge. To date, they have recorded 27 of their sessions and made them available as MP3s from their website. For their self-titled debut release, ØSC went to the studio and re-recorded seven tracks culled from their best material. The resulting music is a trip into the nether reaches of the cosmos propelled by their collection of synths, guitars, effects, and drums. Think of bands like Hidria Spacefolk, F/i, and Vocokesh rather than the Ozric Tentacles and you will have a good idea of what to expect from ØSC. And to complete the packaging, ØSC uses deep space images of odd celestial objects as their album art. All in all, Øresund Space Collective, the band and the CD, are a welcome newcomer to the genre