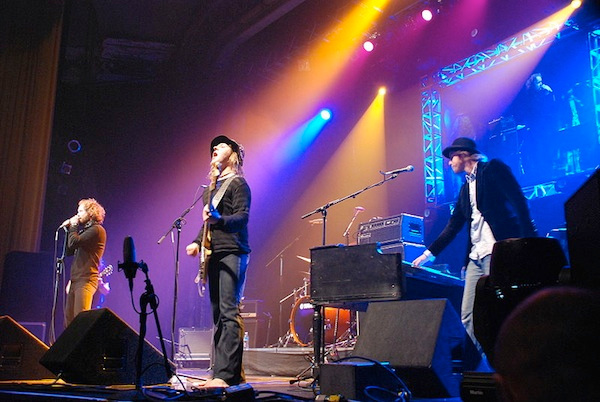 Black Bonzo was a band from Skellefteå, Sweden that played 60s and 70s style hard rock and progressive rock. The band was formed in 2003, and as of 2016 consisted of Magnus Kärnebro (vocals), Joakim Karlsson (guitar, flute, vocals), Anthon Johansson (bass, vocals), Mikael Israelsson (drums, vocals), and Klas Holmgren (keyboards, vocals). After 2012, some of the members went on to form Gin Lady.