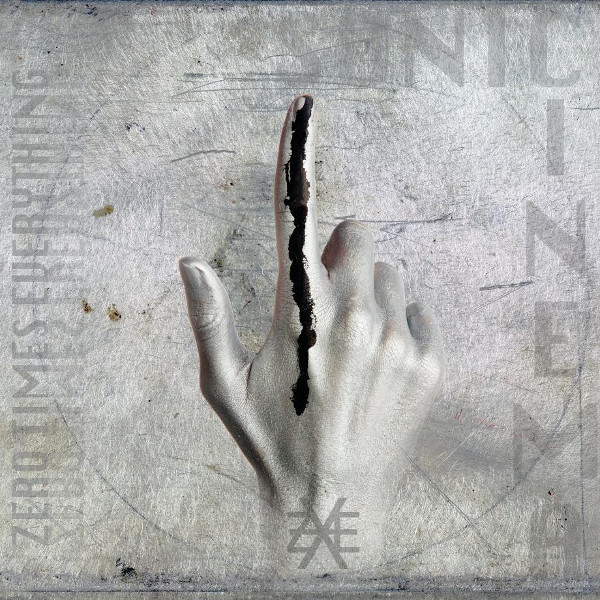 There’s a long history of progressive rock intersecting with electronic music, going back to Heldon, Manuel Göttsching, and so on, with results of varying quality. The origins of this music are sometimes with rock musicians bringing in electronics, and sometimes with electronic musicians incorporating rock. Zero Times Everything presents a very interesting take on this intersection. The album starts with a short track consisting mainly of guitar feedback, but while it sets a tense mood, it is not representative of the rest of the music. “Events in a Field” follows the noise with five minutes of beautiful floating sounds from piano, synths, and guitars; it acquires a pulse four minutes in as it builds to a subtle climax. This is followed by a short rocking tune called “LED” which features a heavy guitar riff and programmed percussion backed by ambient washes of synth tones. One of Sonic Cinema’s longer tunes, “Accident” is a ten-minute epic based around two factors: ominous gauzy percussion in a slow, echoed rhythm, and samples of a woman’s voice from an old movie. “There’s been an accident here, you better call the police,” she says, and varying sounds ebb and flow around her, some clearly arising from guitars or keyboards, other of less certain origins. I learned from interviewing the band that the music on the track is excerpted from a much longer improvisation built around the base elements of percussion and sampled voice. However they made it, it is a great piece of music. The other lengthy track is “Vox Populi,” which is much more composed, having been written to accompany a short film, and it features a steady pulse and rhythmic guitar parts that fit together like something from an 80s King Crimson album. But on top of that are vocal samples and sweeping keyboard melodies that aim in an entirely different direction. Another noteworthy track is “Schizoid,” which might be called a post-industrial re-interpretation of “21st Century Schizoid Man.” It features a little girl’s voice reciting the lyrics to the famous song backed by massive array of keyboards and overdriven guitars. There are hints of the original riff buried in the arrangement, played at an ominous, plodding speed. Richard Sylvarnes, Pietro Russino, and Tony Geballe are three musicians operating at the top of their game, and they have combined their talents into a distinctive sound that reveals more depth on every listen. Who knows? Maybe even prog rock fans who aren’t into electronic music will go for it.