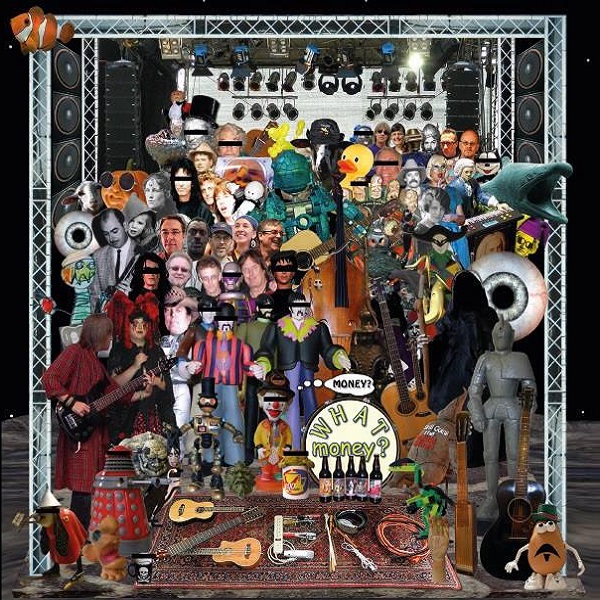 If you ever listened to a Frank Zappa record and thought, “What this needs is more kazoo and ukulele,” then not only are you a very strange person, but you are in luck, because the Z.E.R.O. Ensemble has brought your wish to reality. Z.E.R.O. stands for “Zappa Early Renaissance Orchestra,” but the name shouldn’t be taken any more seriously than anything else about the project. It’s the twisted brainchild of Kevin Crosby, with contributions from a large number of others both in Seattle and around the world, including Tubes drummer Prairie Prince; it’s the result of a joke among former members of the Seattle band The Squirrels, the joke being simply the idea of doing Zappa songs on ukulele. In keeping with The Squirrels’ tradition of mashing together unrelated pieces of music, attentive listeners will notice some non-Zappa quotes, including bits (presumably too small to require composition credit) of Yes, Devo, Jethro Tull, Dave Brubeck, and much more — listening to the album is like watching a Futurama episode and trying to catch all the pop culture references hidden in the backgrounds and dialog. Operatic soprano Juliana Brandon is the most common featured vocalist, and handing her lyrics like those of “Let’s Make the Water Turn Black” or “Idiot Bastard Son” is pretty amusing all by itself, unless you’re a hopelessly stuffy snob, in which case this album is not for you anyway. In addition to the vocal tunes, there are numerous of Zappa’s instrumental tunes covered, as well as a lot of the kind of collages that appeared on some of the early Mothers recordings, with goofy voices, animal noises, and recurring characters. The main thing to note is that, exactly in keeping with Zappa’s work, the silliness is produced with serious musical craft.