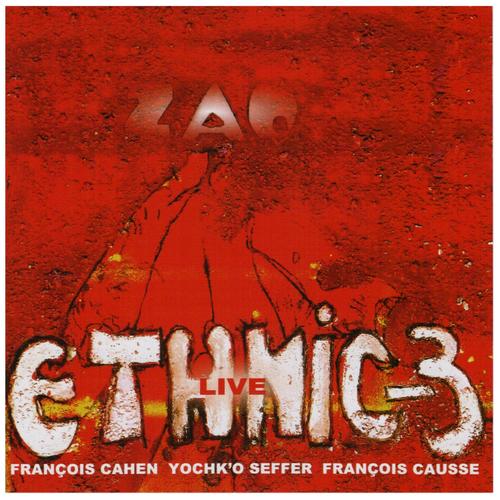 Since the band was founded in the early 70s by ex-Magma members François Cahen (piano) and Yochk'o Seffer (saxes), theirs has been a constant evolutionary path, with no two consecutive Zao albums having the same approach, although they do share stylistic similarities. Members came and went over the years, they lost their vocalist, added a string quartet, went 'fusion' for a while, then there was a long hiatus while Seffer and Cahen went off in different directions. The band regrouped in the 90s and has produced a number of recordings (mostly live sets) in recent years. The Zao Ethnic Trio presented here – a live set recorded at Le Triton featuring Seffer and Cahen along with drummer François Causse – have taken the Zao sound in a more improvisational-jazz direction with distinctive African, middle-eastern and Caribbean influences. While the interplay between the three musicians is well balanced and highly energized, it's Seffer by virtue of his solos on tenor and soprano saxes, flute and tarogato (an ancient Hungarian woodwind instrument similar to a clarinet) that gets a bit more time in the spotlight. Causse mostly uses a standard drum kit, and Cahen uses synthesizers liberally, so the proceedings rarely stray too far into what most would consider ethnic territory, and tends to stick closer to a free jazz sound. All said, these are three master musicians and one can be assured that anything they do together will sound great.