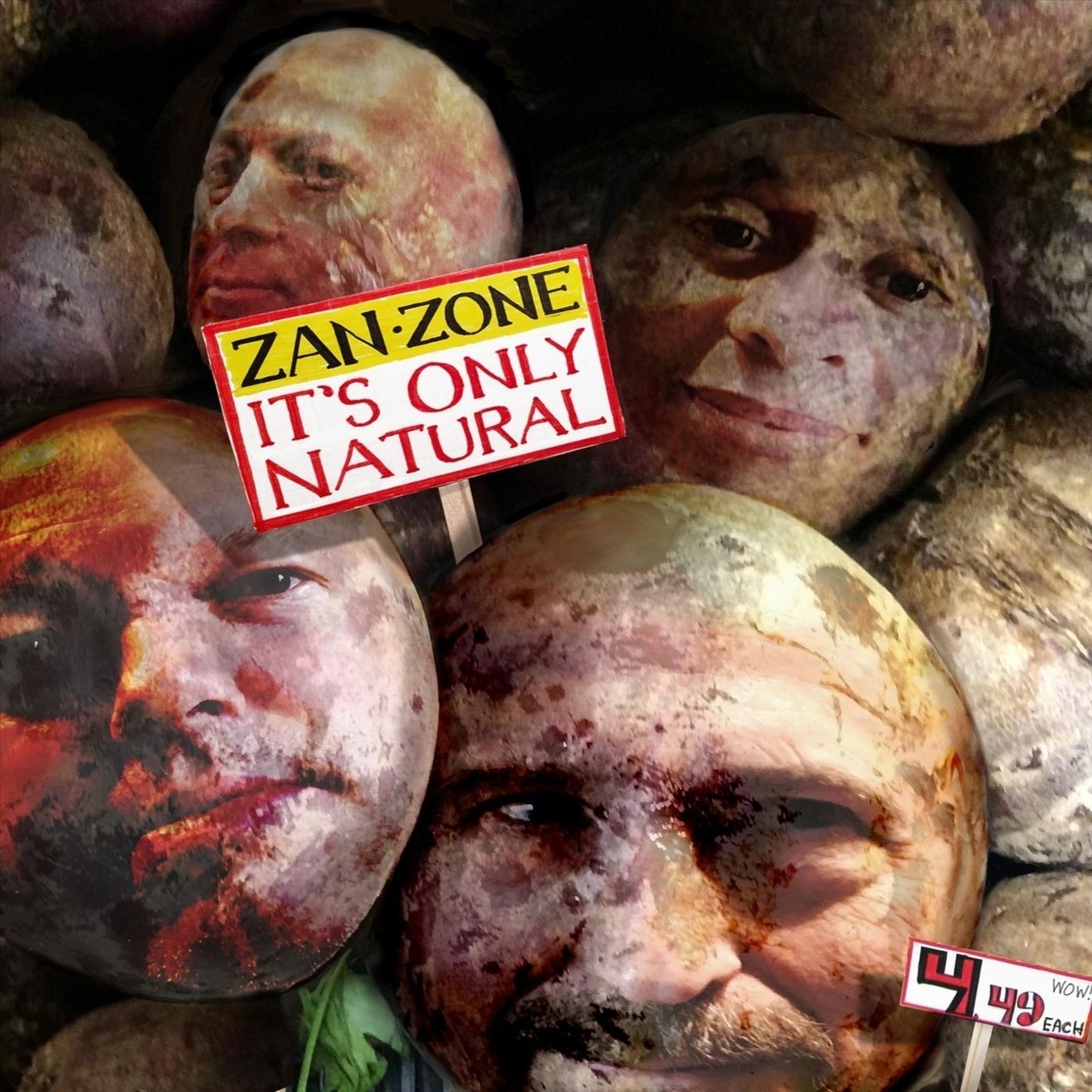 Zan Zone is a Brooklyn NY based seven-piece led by guitarist Zan Burnham. The band has three previous releases; the most recent was Shorts from 2013, but It’s Only Natural has an expanded lineup featuring three singers not counting Burnham (who sings on several numbers): Phillip Dessinger, Sabrina Clery, and Arianna Burnham. The female voice on “He’s Coming Home,” presumably Clery, is amazingly powerful and soulful, making that one of the standout tracks on this eleven song set, though a close second would have to go to the acoustic based “Things That Make Me Cry.” On most of the cuts there are more than one singer, harmonizing and often alternating the lead. The rest of the band are outstanding players as well — drummer Kurt Bergland, bassist Saadi Zain, and in lieu of a keyboard player, vibraphonist Bill Ware. Their style is a point of confusion sometimes, they seem to be all over the map, mostly rock, pop, and alternative (whatver that is this week), but strong elements of jazz, soul, gospel, and folk inform their work as well. And blues, particularly on the almost-eight minute “Dem Blues Is Bad,” where Burnham’s neck-strangling guitar is spot on throughout, and the vibraphone solo is totally awesome, but Burnham’s “Blind Lime Burnham” vocal persona is just not convincing at all, almost irreverent, seeming to make the piece a joke. The opening instrumental that gets it all going is “For the Rising Sun,” a powerhouse that showcases all the players nicely and a memorable composition to boot, while “Let It Go” is a hard rocker that seems to give early-Heart a run for their money, with Clery’s voice again reigning supreme. Any song here taken by itself is quite excellent, but all put together results in quite a remarkable hodge-podge of stylistic disorientation. All that said, it still grows on you with repeated listens.