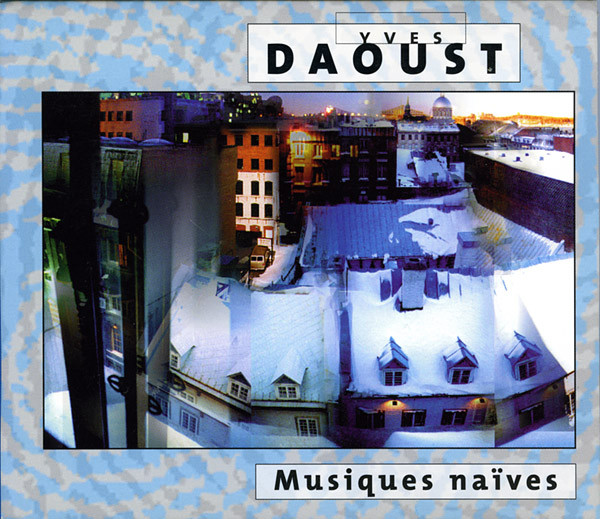 Yves Daoust is a Canadian electroacoustic composer well versed in the manipulation and processing of natural and found sounds. Daoust teaches a course in electroacoustic composition at the Conservatoire de musique de Montréal. Musiques Naïves is a collection of six Daoust compositions spanning 1986 – 1994. The opening composition, "Impromptu," is the most recent and an interesting experiment in composition. Daoust recorded Chopin’s entire Fantasie-Impromptu in C sharp minor, Op. 66 on a sequencer and extracted a few key motifs to create a series of ‘Chopin-objects,’ which he used as building blocks to convey the feverishness of Chopin’s writing by unleashing floods of MIDI data, pushing this technique to its limits. The result being music that builds slowly from warped strings, organ, and piano to rapid crystalline arpeggios sliced, diced, and layered to create a wall of sound not unlike Paul Dolden or Plunderphonics on Grayfolded. The second composition, "Il Etait une Fois" (1986), is a sound collage that begins with street sounds and children playing on swings. It develops into a quiet surreal dream-like world complete with electronic insectoids and birds making it one three standout compositions on the disc. The third composition, "Mi Bemol" (1990), is a short little ditty using processed bell sounds and voices played both forward and in reverse. "Resonances" (1992) is a difficult piece constructed out of a few bell sounds recorded at the Notre-Dame Basilica in Montréal. "Water Music" from 1991 is another of the high points of the disc. Using the spectrum of sounds created by water, Daoust takes us on a sonic journey from a melting icicle to a swollen stream. Dripping water loops create interesting rhythms that merge and cascade into a rapidly flowing stream of sounds. The disc closes with another excellent composition, "Fantaisie," a radio collage commissioned by the Société Radio-Canada for the Prix Italia 1986. It commemorates the 50th anniversary of French production on the state radio network and is an extremely interesting and fun piece. Make no mistake, Musiques Naïves is experimental music and exists for the adventurous listener. However, it may be one of the more accessible discs of the genre, especially for its three outstanding compositions.