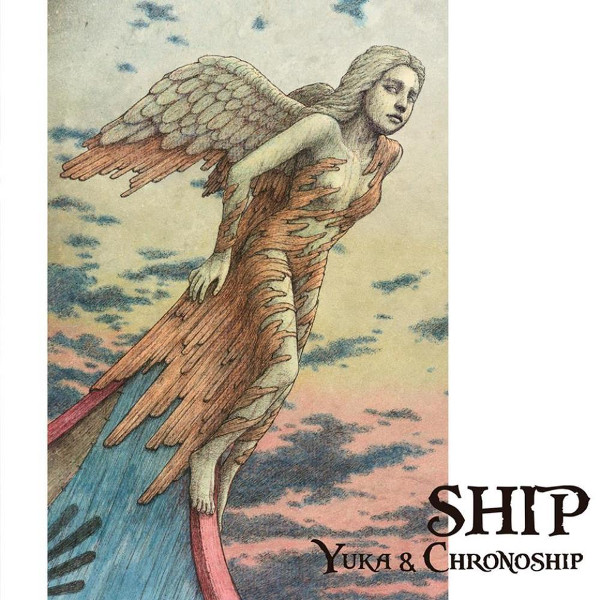 With their fourth album, this Japanese band continues the growth that has progressed through all of their work. All of their strengths are on display, and everything is nudged up a notch in quality. Ship, like its predecessors, is not exactly a concept album — it’s more like a set of compositions united by a similar theme than a continuous story. That theme, ships of various eras and types, plays out mainly in the titles since the music is largely instrumental, though another trend that continues is the increasing prominence of vocals. The seven part suite called “Argo” begins with a brief, gentle introduction featuring famed singer Sonja Kristina, who lends a fragile touch to “Tears of the Figurehead.” The tune is backed by the creaking sounds of a wooden ship adrift, while a pensive piano provides melancholy chords. Yuka’s trademark cloud of backing vocals functions almost like an organ behind Sonja’s sung questions — “Where do we come from? Where are we going?” Part two (“The Ship Argos”) jumps into high gear with a rapid keyboard and a harp playing a folk-like melody before the band comes in with pounding drums, heavy guitar, and masses of synth chords. The interaction between keyboards and guitar is top-notch, and the melodies are catchy without being cliched or sappy. Part three (“Landing”) features a gritty, heavy riff from the guitar and bass that gradually acquires harmonic complexity as layers of keyboards are added, building up to a great part for Hammond organ. Another outstanding section comes in part five (“A Dragon That Never Sleeps”), where bass takes the lead in a way that’s reminiscent of Chris Squire’s playing on “Tempus Fugit.” At other points, acoustic guitar features prominently, adding further to the variety of textures. Moving beyond the “Argo” suite we have “The Airship of Jean Giraud,” which condenses many of the band’s strengths into one six-minute track: great keyboard work using classic sounds, tasty lead guitar, propulsive rhythms, and beautiful melodies. “Visible Light” has a vocal part with Japanese lyrics and reminds me a little of some of Yoko Kanno’s superb soundtrack music. The album finishes off with another vocal tune, “Did You Find a Star?” which was originally to be sung by John Wetton, who unfortunately passed away before his part could be recorded. After initially deciding to remove the song, it was decided that Hiroyuki Izuta should step in, and he handles the task nicely, providing a touching tribute to Wetton’s memory. The song balances a sombre feeling with uplifting music and provides a lovely ending to the album. I haven’t touched on every track on Ship, but there’s no need — there is not a weak link in the chain, and the album is 60 minutes that never wavers in quality or loses my interest.