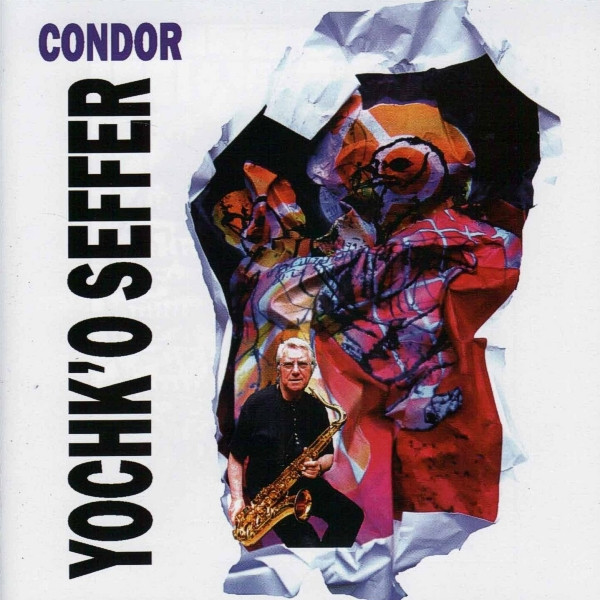 That’s not a typo, this is a whopping three discs of essentially free-folk-jazz sax playing with varying levels of accompaniment, purely instrumental with the exception of one spoken poem on disc two. Although the entire set is titled Condor, each of the three discs has its own title, and Condor is also the title of the third, which contains one long thirty minute audio cut “Trabla No.12,” a beautiful piece scored for a fifteen piece saxophone orchestra with steel drums, and is frankly the high point of this entire set. Along with that on disc three is a ‘bonus video’ of an updated 2010 solo version of his classic “Ima,” the title track from his 1977 Neffesh Music album, which unfortunately I haven’t been able to play on any equipment I have, so I can’t comment. Moving back to disc one, which is titled Puma, we have fourteen shorter cuts, ten of which feature solo sax and steel drums, which bookend four cuts in the middle which additionally feature string bass. While these are essentially free improvisations, they are nonetheless very melodic and warm for the most part, straddling the idioms of jazz and the folk music of his native Hungary. Disc two, titled Anaconda, contains eleven pieces of varying length, but here Seffer plays piano only, while Sylvain Miller joins him on the baritone sax throughout. It’s a far more composed effort than the first disc, and driven by Seffer’s piano it takes on an entire different tone – a conversation of sorts between the two players, all the while remaining within the expected jazz parlance. It’s probably best to think of Condor as three different releases that accidentally ended up together – each disc is very different, prodigious in its own way, and probably best absorbed individually.

Mark Feldman - What Exit – Mark Feldman has been involved in the music industry for 30 years performing as a session musician in Nashville on over 200 country albums and then in New York City on more than 150 jazz albums. Today...  (2007) » Read more