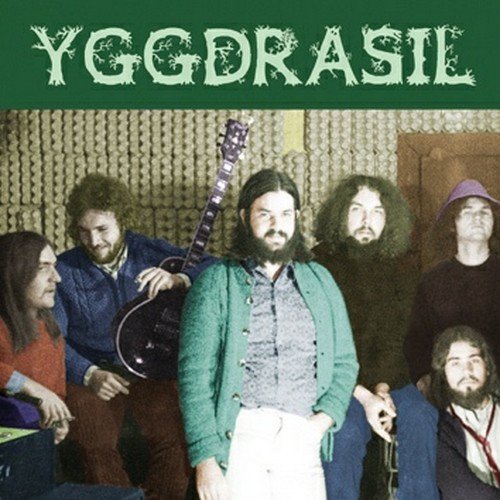 When discussing the rarest of rare titles in the archives of German rock history, this six-piece band from Munich has to be at the top of the scarcity list. Only 10 metal acetate copies of exist of their only album, from '72, now brought back for all to hear thanks to Garden of Delights, along with a whopping 13 bonus tracks. The band instrumentation includes violin and flutes (two different members play flute), recorder, plus acoustic and electric guitars, bass, drums and a dedicated lead singer with other members singing harmony. Lyrics are in English. For the album proper, their sound moves between a more pastoral and melodic folky sound and a heavier west-coast rock sound mildly reminiscent of bands like late sixties Jefferson Airplane or The Youngbloods. The added and varied instrumentation along with excellent songcraft gives these guys a very special uniqueness. There are a couple minor drop-outs on the early cuts, but the sound quality in general is respectable, given the low budget recording conditions. First up on the bonus-track list are eight short instrumental cuts recorded for a TV soundtrack "Sommer in Sizilien" in 1970 - two years before the album, and again very melodic and folky, with jazz and eastern touches. The last five bonus tracks seem to be rescued rehearsal tapes, two from '70 (including a cover of Muddy Waters' "Long Distance Call") and three more from '72, of otherwise unreleased songs. In summary, this is a worthwhile slab of German rock history