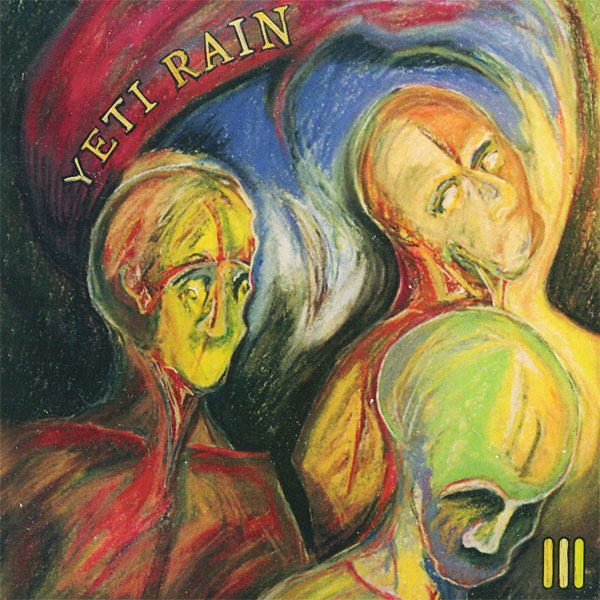 Yeti Rain has evolved from a duo (Roger Ebner on sax and wind synth and William Kopecky on bass) into a trio with the addition of drummer Craig Walkner, who introduces himself about two and a half minutes into the opening cut, letting the listener know loud and clear that Yeti Rain is at a whole new level with a complete rhythm section. Some may already be familiar with Walkner from his involvement in other projects with Kopecky (Far Corner and Snarling Adjective Convention come to mind). The approach here is furious and intrepid, fusing elements of free jazz, sinister rock, a sort of dark mutant funk, and the brutal bottom end from zeuhl, all presented with a harsh industrial edge. At times, when the assault of rhythm lets up, the listener is left hanging in some sort of freely suspended state with the whirring and howling of electronic winds and growling bass wafts sweeping through some kind of eternal darkness. It’s in one of these quieter passages when a near-whispering female voice reaches out of the darkness, reading a short bit of poetry in some unfamiliar tongue. The six compositions seem to be mostly borne of improvisation, with studio processing and ambience as a fourth member shaping much of the proceedings. Throughout the more free-jazz excursions of the eleven-minute “The Sky Sickened,” Kopecky adds more heavily processed manic verses. This is extreme music, a soundtrack of intense nightmares.