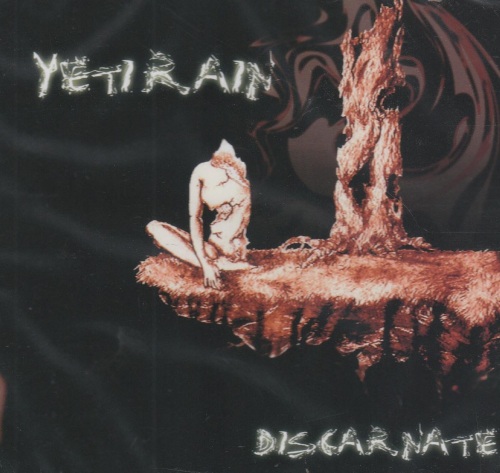 It doesn’t take more than one look at the booklet cover and about 15 seconds of the first piece to know this isn’t like anything else that Unicorn has put out before; nor is it like any of the familiar settings that we’ve seen bassist William Kopecky playing in over the years. This is dark, dark, and dark. And did I mention dark? The seven tracks are improvised ambient explorations into haunting worlds of mysterious sounds. Moody and deliberately sinister, the travels of Kopecky (six string fretless bass) and Roger Ebner (wind synthesizer and wind drum) go through some bleak and frightening terrain on the road to these inner worlds, like the soundtrack for your worst recurring nightmare. You know this place, it’s oddly familiar, and you know something terrible is about to happen, but your scream will bear no sound. Approach each vista in this corridor of blackness with guarded caution, for something monstrous could jump out of some hidden corner when you least expect it. Think of the soundtrack to Eraserhead. The collected sounds that the two players make bear little resemblance to the typical music of the instruments they are playing, yet they are recognizable as such and the output is only mildly processed. I’m certain that the duo can (and probably does) perform this material in a live setting. Beautiful, but not for the faint hearted.

Sylvan - Deliverance – Here's a well-recorded album by an obviously polished German group filled with interesting ideas. I'm sorry to say that those ideas don't always work, such as "A Fairytale Ending," but I appreciate...  (1999) » Read more