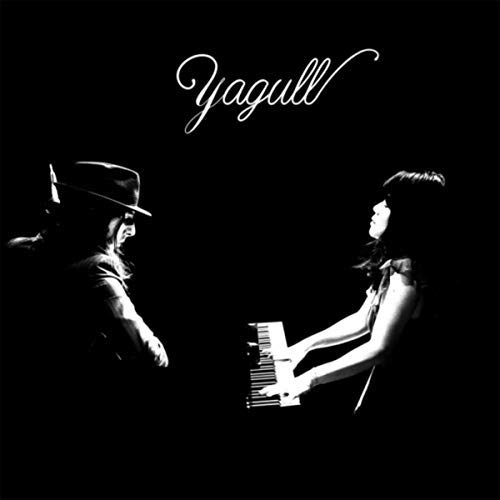 Yagull's music has always been mysterious and beautiful, but with this latest album, Yuna, the two principals, Sasha Markovic (guitar and mandolin) and Kana Kamitsubo (piano) have stripped their sound down to its essence. Previous releases (there are only two) featured additional players on bass, flute, violin, drums, cello, etc. – not on every track but on many – but here every one of the ten tracks is just the two players, with some wonderful wordless vocal contributions on the title track by singer Ayumi Ueda. One might think that it would be samey, but that’s not so at all; the compositional savvy that they pull together is remarkable, and it shines brilliantly on every track. In most cases one or the other starts then the other joins in at an appropriate time later, accenting what is already in progress. The opening cut, “Searching for the Moon,” begins with a piano figure that builds as Markovic joins in on guitar, whereas the follow-on, “Dawn,” starts with gentle guitar foundation to which Kamitsubo adds only accents at first, but by the end of the four minutes the two instruments are fully engaged. There is one interesting exception in the song list written by the members of Black Sabbath, but Yagull takes “Sabbath Bloody Sabbath” and makes it their own. They also covered it on their first album Films, but here it truly rises to a whole new level. The approach throughout the nine tracks is gentle but assertive, making a powerful statement with a minimal amount of instrumentation. At times one might be reminded of the Lanz and Speer albums from the mid-80s, but here Markovic sticks with acoustic instruments, and it’s Kamitsubo who really rocks it on the grand piano, for example on the center section of “101,” pounding out a heavy rhythm while Markovic turns in a brilliant acoustic lead in the shadows of it. “Mori (Forest Song)” is another that’s truly majestic in its magic and beauty, one of the many high points of this set. This is difficult music to catgorize, maybe chamber or jazz elements play a strong hand, but the classical component shines through brightly as well. Whatever one might call it, it keeps me coming back over and over for repeat spins.