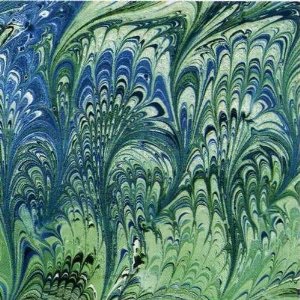 A serious music approach to electronic-based rock that doesn't take itself so seriously is a welcome change in just about anyone's book. Besides, someone has to take over where Zappa left off. But while Xen's music is of a different ethos than that master's Synclavier work, it does seem to take that kind of sinister delight in the humanly impossible. Xen is the solo project of David Bagsby and this is his first release on CD. The collection contains new works, plus pieces culled from his past oeuvre, heretofore available only on cassette. Bagsby is an experimenter in computer music, just intonation, and mathematically-derived systems of composition, most of which reveal themselves in the course of this CD. The works of Xenakis or Boulez might be good reference points. The album was inspired largely by Max Ernst's collage novel The Hundred / Headless Women; and it doesn't take much imagination to draw a corollary between the two. Listen to him splice and dice with obtuse counterpoint on "Unresolved Games"; or how about the bell sounds and fragmented textures which make "Crime or Miracle" come across like an amorphous android gamelan? Certainly Xen can join the ranks of Futurism, or Surrealism. Even the stone of musique concrète is not left unturned: "Landscape Changes Three Times" shows some purely atmospheric, wafting sonic mutations. The more rhythmic tracks could benefit from the kinetic thrust of an acoustic drummer. But this is a luxury usually forgone in favor of precision of performance. The confines of this genre are so limitless that the listener sometimes pleads for a constraining force to keep it from going too far astray. What David has done is to use time as a restraint: except for "Demi-Fecund Ram," everything here clocks in under five minutes, and most are nearer the three-minute mark. And as "outré" as this music gets at times, it never loses sight of the nuts-and-bolts foundations of musical strucure, compositional gesture, and motive development. Just don't expect hummable tunes and toe-tapping rhythms! All in all, something tells me that Xen might get a fairer shake from the academic music community, than what my limited knowledge can offer.