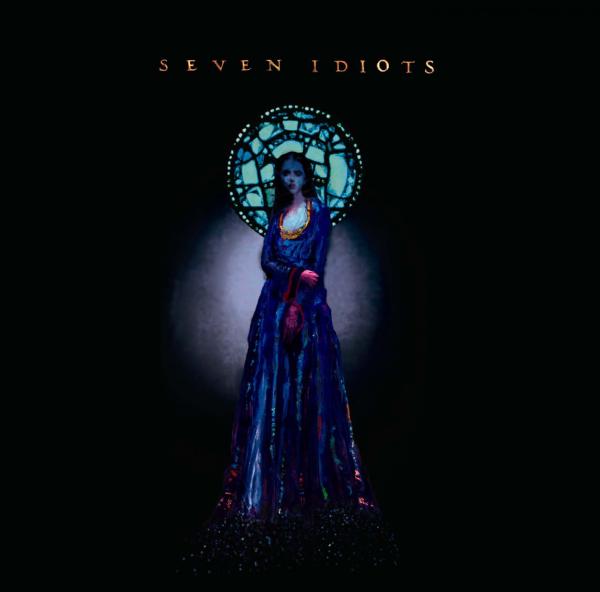 Occupying a distinct netherworld where the realms of electronic music, avant garde, post-rock, and modern classical music intersect, World's End Girlfriend (the nom de musique of Katsuhiko Maeda) has been producing half a dozen or more albums and a slew of EPs since the turn of the last decade, including a movie soundtrack (2009's Air Doll) and a collaboration with Japanese post-rock band Mono (2006's Palmless Prayer/Murder Refrain). Of the ones I've heard, the core (though far from the only element) of the music has always been a kind of beautiful serenity that is unpredictably interrupted by chaotic elements, without completely ruining the overall impression of peaceful detachment. Picture a Buddhist monk sitting at the edge of a busy street; his eyes are open, obviously not blind to the hurrying traffic, but there is an air of deep calm about him. So when the elegiac strings and melodic piano are briefly pre-empted by hyperactive electronic drums or a squonking sax, rather than being energized, the listener can mentally reconcile the two extremes and say, "Yes, life is like that." So what to make of Seven Idiots? Right out of the gate, it rocks, albeit with the same kind of electronic drums as on previous releases. The dramatic strings are still there, but they're backed by pounding guitars. "Teen Age Ziggy?" takes some elements of glam rock and thrusts them into a high-tech setting. This aggressive sound (which might be called techno-prog-metal) continues through the first seven tracks, until the three-part "Bohemian Purgatory" suite, where there is more resemblance to past WEG, though still with more guitar and stronger beats. The CD finishes off with a lovely, meditative throwback to earlier times. An outstanding effort, one of the year's best.

Aidan Baker - Book of Nods – While there are four indexes on this latest disc by Aidan Baker of Nadja, there are really only two tracks here, each in excess of 25 minutes, none of which are titled. We are clearly in minimalist...  (2008) » Read more