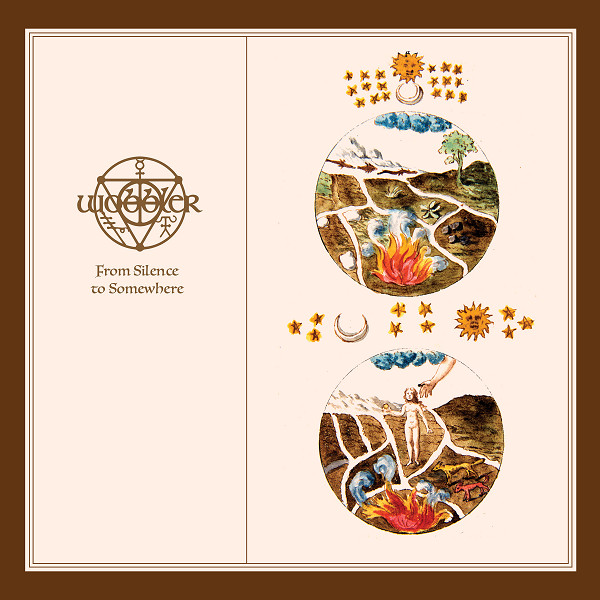 Back in 2005, this Norwegian band’s debut caused a fair stir in the world of progressive rock with a take on many elements of 70s symphonic progressive combined in distinctive ways. Of course there were some who complained of mere retro rehashing, but Hinterland garnered many fans and mostly positive reviews. Lengthy tracks featuring vintage keyboards, complex arrangements, and solid instrumental technique form the basis of Wobbler’s sound, and the frequent use of harpsichord and recorders adds a touch that is mostly their own, since they don’t really sound much like Gryphon. It’s been a few years since the last Wobbler album, Rites at Dawn in 2011, but the band’s progress continues steadily, with From Silence to Somewhere being a refinement of their sound rather than a break from the past. It’s probably no surprise that the bulk of the album is made up of three lengthy tracks, with only a single track under ten minutes. With Lars Fredrik Frøislie (keyboards), Kristian Karl Hultgren (bass, woodwinds), and Martin Nordrum Kneppen (drums, recorder) present from the beginning, much of the band’s sound remains intact; bringing forward Andreas Prestmo (lead vocals, guitar) from the previous album, the real change is with Geir Marius Halleland coming in to handle lead guitar. The album is a veritable orgy of Mellotron, Hammond organ, Minimoog, and piano, and it is often the keyboards setting the agenda, but this is far from a one-sided equation. Both acoustic and electric guitars figure prominently, and Hultgren’s bass is generally right up front in a way similar to how Chris Squire functioned in Yes. He even kicks in the fuzz at times for extra heft. Vocals are strong as well, and Prestmo has a very pleasant tone, clear and expressive. While bits here and there might bring to mind Yes or Genesis, often Il Balletto di Bronzo or Museo Rosenbach would be a closer comparison. Throw in the occasional flute, bass clarinet, and nice touches of recorders and krumhorns, and you have a wonderful example of how great progressive rock can still be.