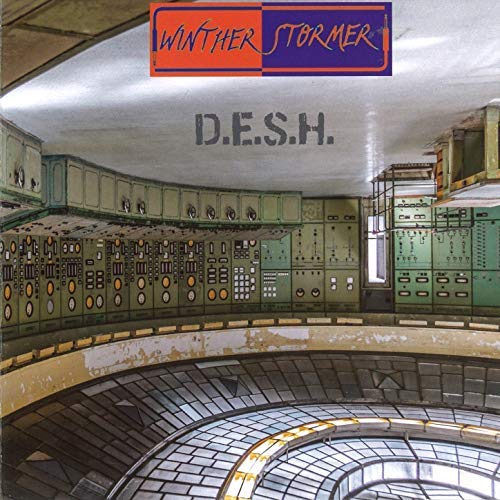 WintherStormer is a Norwegian trio playing improvised sequencer-based electronic music in the Berlin School style, though they have taken the sound a couple steps further with the addition of some rougher edged elements to intertwine and combine with the analog sequeces. Terje Winther and Erik Stormer, for whom the group is named, both play synths, sequencers and electronics, and the third man is Atle Pakusch Gundersen, who plays guitar, electronics, flute, and more; the drummer, who featured in the two previous albums Electric Fairytales (2008) and Ground Connection (2011) is no longer in the lineup, though one does hear drum-like sounds in their sonic fabric, presumably now produced by synths. So what exactly is D.E.S.H.? It’s an acronym for Diatonic Elaboration of Static Harmony and also the title of the album’s fourteen minute opening track, in addition to hinting at the band’s harmonically adventurous elements surrounding their sequences. If you are imagining something like classic Tangerine Dream or Klaus Schulze, you need to add a truckful of gravel and grit to those sounds to get where WintherStormer are at this point along their trajectory, plus some soaring and often effected guitar sounds abound — though I wish there were more! The flute is introduced during a relaxed and mellow part of “Lunger er for Unger det er Gjeller som Gjelder,” when the sequencers stop and the synths go atmospheric for a bit. By far the most impressive piece here is the 25 minute closer “Nitrogen” which proceeds through a number of sections as it gains power and energy, blasting a hole in the sky with Mellotron around the seven minute mark, all the while there appears to be some subtle glissando guitar at work in the background. At the ten minute mark the sequences evaporate and we are in a new world, full of strange electronic and sampled sounds that are not easily identified, until the Mellotron appears again and some vocals (heavily disguised by vocoder) ride on the slow groove already in progress. After a few minutes the fast sequences return full force amid distorted guitars and other abrasive sounds that turn and twist the fabric of space, riding the groove out to a spectacular false conclusion, rising again from silence at the 20 minute mark and driving it all the way home in a blaze of fire.