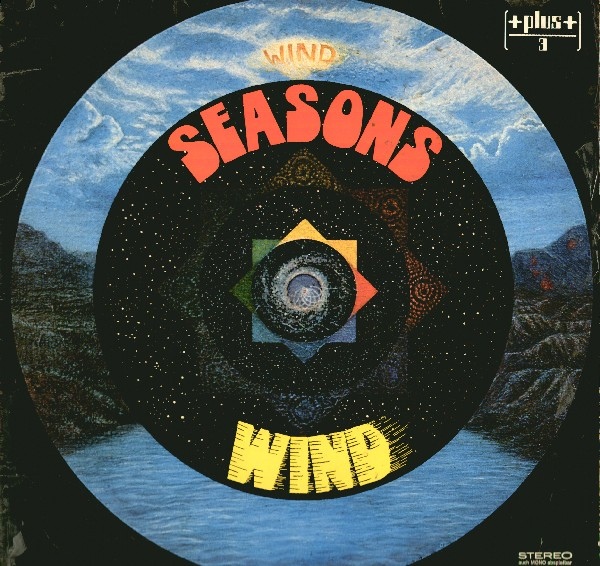 Wind were one of those early 70s German underground bands who were influenced by hard-rock bands like Deep Purple on one hand, but also have an Emersonian classically-influenced keyboard presence on the other. Like many of the other bands in the subgenre, the sound is heavily based on Hammond organ. Though their keyboardist is no technical monster like Jean-Jacques Kravetz (Frumpy) or Veit Marvos (2066 & Then), Wind compensate somewhat by cranking up the wattage, and consequently raising the energy level. The album begins very un-subtly with "What Do We Do Now?" which opens with thundering, sand-blasting organ chords. For some reason that raw, blaring organ tone really appeals to me. But there are also contrasting softer passages within the same song spotlighting acoustic guitar and flute, these sound surprisingly like Änglagård! There is actually a surprising amount of variety to the album. "Now It's Over" and "Romance" are lyrical piano/clavinet based ballads that remind of the lighter moments of Wallenstein, while the bouncy "Springwind," with its infectious organ riff, recalls Mainhorse. The centerpiece of the album is the 16-minute "Red Morningbird," which seems to bring the heavy and soft tendencies together, and also throws in a few surprises, most prominent being a lengthy, gentle improvisational section akin to King Crimson's "Moonchild." I like this album, but I have to be a bit of a bias; I can't resist well-played Hammond organ. There's no Mellotron or anything (though that's not true of their not reissued second album, Morning), and it's not really refined, so if that sounds as though it wouldn't appeal to you, don't bother. Yet if you like the early German scene, gritty vocals, fuzzy post-psych guitars and all, this could be another worthwhile purchase.