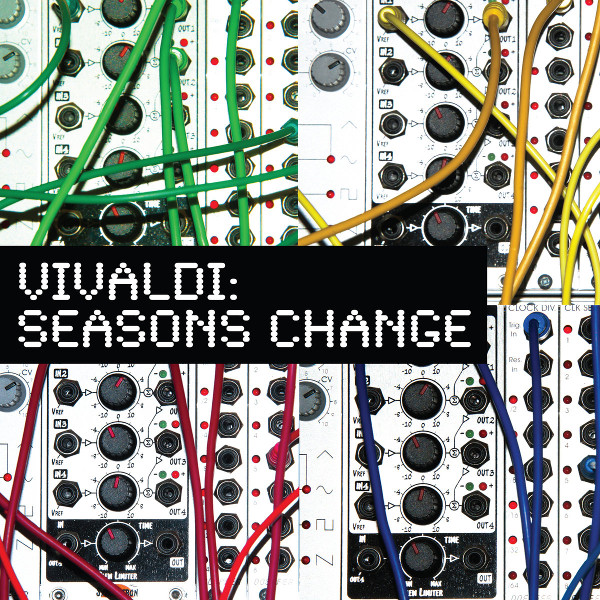 Italian Baroque composer Vivaldi has been an inspiration for many progressive and rock bands, including Curved Air and Pete Sinfield. One of the most popular pieces of classical music is Vivaldi’s Seasons. George Barker aka Willie Gibson aka Willie G has lovingly reinterpreted this piece, possibly the first concept work, on a modular analog synth, one part at a time, over the course of 12 months. His modular synth configuration evolved over these 12 months, adding new modules and removing others, so his recorded parts can never be recreated. Make no mistake, Vivaldi: Seasons Change is not your Mama's Switched on Bach. Wendy Carlos tried to recreate Bach’s pieces on the Moog, whereas Willie G is reinterpreting Vivaldi on the synth. There are twelve tracks on the disc, three for each of the four seasons: Spring, Summer, Autumn, and Winter. And each of the seasons lasts about ten minutes. In addition, Willie G changed his sonic pallet for each season, so the listener’s ears will not tire from the same analog sound waves. The album opens with the familiar Vivaldi theme from Spring played on sequencers and synth lines. This is a fun and lively, purely electronic rendition. Willie G employs this approach throughout. There are movements where you can tell that he is trying to follow Vivaldi’s score and others where he only uses it as a reference for his sequencer-driven flights of fancy. For the most part, there is no parallel with any other musicians. Though on “Summer 3” his sequencers remind me of Richard Pinhas’ “West Side.” This unique vision of Vivaldi’s work will be unleashed upon the world as both an LP and CD on October 13, 2017. Be sure to pick up a copy for yourself.

French TV - Virtue in Futility – Louisville is as unlikely a place for progressive rock as any, yet that's where bassist Mike Sary's French TV hail from. Its been ten years since their debut album, yet Virtue in Futility (an apt...  (1994) » Read more