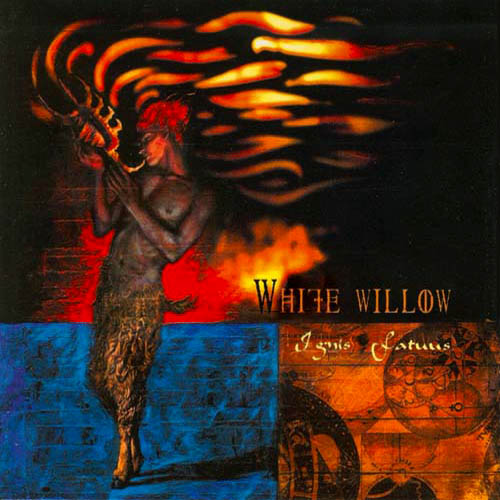 This one was worth the wait! This new band from Norway plays a rich blend of folk and symphonic rock, sprinkled with a generous helping of classical influence. Fronted by the gorgeous female voice of Eldrid Johansen (or Sara Trondal on a few tracks), with supporting harmonies from other members of the band, the band's main movers are Jan Tariq Rahmann (Mellotron, keys, woodwinds, guitars, sitar, bass, pedals, vocals etc.), Tiril Mohn (violin), Audun Kjus (flute, pipes, vocals), Al Engerbretsen (bass) and Jacob Holm-Lupo (guitars). The drummer remains anonymous. In addition a large cast of guest musicians join the band on various tracks. Throughout the album's eleven tracks, the energy level is in a constant state of flux, varying from one moment to the next. A full group instrumental rock flight might be followed by a trio for acoustic guitar, cello, and flute, followed by a folk-tune for acoustic guitar and solo voice, turning slowly back to a more rock based sound. There are many such 'cycles' throughout the album's 67 minutes. The overall mood of the album is a bit dark and pensive, shrouded in mystery, with carefully crafted flashes of brightness and color, much like Änglagård's Hybris. Eldrid's crystalline voice is one perfectly suited to the expressive nature of the music, reminding a bit of Jane Relf (Renaissance, Illusion) at times. Surprisingly, Sara's voice is very similar. Fans of the Mellotron will be pleased, it's used generously, but not to excess, throughout the album. In summary, this is a stunning album, made even more so by the fact that this is the band's very first recording. The only complaint might be the album's excessive length: through the many cycles of intensity and release, the journey seems a bit of a long haul. Still, that's a minor gripe, because very little of what's here could be called filler. I'm sure this is one album that will please many! Änglagård's Hybris has finally met its match.