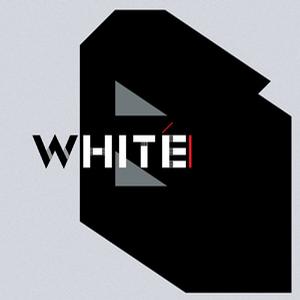 White brought together two stalwarts of the Beijing underground music scene for some sonic experiments that garnered a fair amount of attention among followers of the Chinese avant-garde (all four of us). Shenggy (of art-punk band Hang on the Box) is credited with Korg MS-20, samplers, tape manipulation, drums, percussion, and vocals; Shou Wang (of Carsick Cars) handles guitar, organ, theremin, pedals, and vocals. Most of the 13 tracks aren't "songs" exactly, but little vignettes of sound constructed out of the bits and pieces you find in the credits. A couple, such as "47 Rockets (for Wan Hu)" are actual songs, more or less, in a minimal art-rock sort of style. There are bits of spoken words in various languages and sometimes wordless childlike melodies. While many of the sounds are essentially non-musical, the procedings are genial, not abrasive — is there such a thing as "friendly feedback"? The recording was produced by Blixa Bargeld of Einstürzende Neubauten, though it's more late-night coffee shop than heavy factory floor. Which is not to say it's all sleepy droning. They do work their way up to a frenzy at times, as near the middle of "Roswitha Strunk," with Wang flailing on his guitar and Shenggy banging on unidentifiable things. All in all, this is a pretty fun ride for what could be classed "avant-noise."