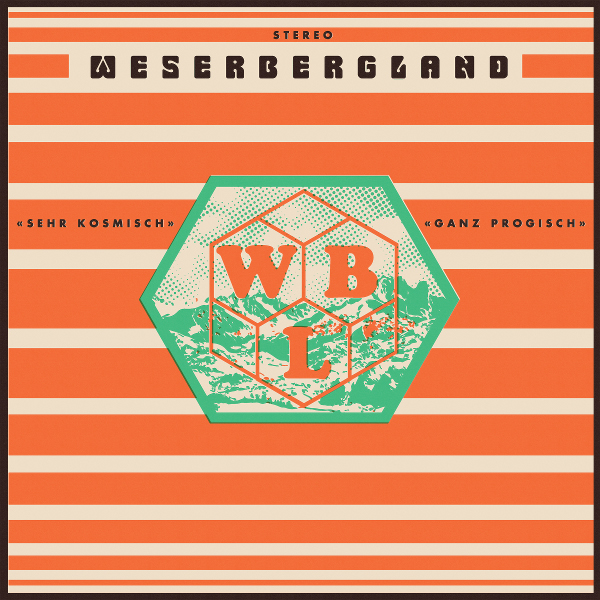 When you think of White Willow, you think of symphonic progressive rock, so the prospect of a project led by that band’s flute player might be expected to ply the same waters. But it is Ketil Vestrum Einarsen’s tenure with Jaga Jazzist that is more relevant to Weserbergland. For this band, Einarsen is primarily inspired by vintage krautrock, with Tangerine Dream, Can, Cluster, and Harmonia mentioned by name. He is joined by several other luminaries of the Norwegian progressive rock scene, with Mattias Olsson’s drumming providing a distinctive feature, not resembling his playing with Änglagård, but not quite in the classic motorik style either. He plays patterns with relentless precision to underpin the music, but these are not stripped-down standard rock beats. There are inventive twists using the toms to produce a driving effect without sacrificing subtlety or creativity. White Willow compatriots Gaute Storsve and Jacob Holm-Lupo are also on board for bass and guitar, and there are numerous guests; Einarsen himself contributes woodwinds, keyboards, guitar, and programming. In spite of the length of the credits, the music never sounds over-arranged. I’m sometimes reminded of some of Gösta Berlings Saga’s tunes, the ones where they build up a piece slowly built on a steady groove. There's also some similarity to late-70s Tangerine Dream such as Cyclone or Force Majeure, where they added live drums. The album’s four tracks only total 47 minutes, which is long enough to enjoy thoroughly but not so long as to overstay its welcome — on the contrary, I’m left wanting more. Which is not a bad thing!

Various Artists - Modern Drummer Presents Volume One - Drum Nation – Magna Carta has aligned with Modern Drummer magazine to bring you the best of who’s out there pounding the skins in the music world today. Eleven drummers on twelve tracks give a severe cerebral...  (2004) » Read more

Onségen Dances under the Moon