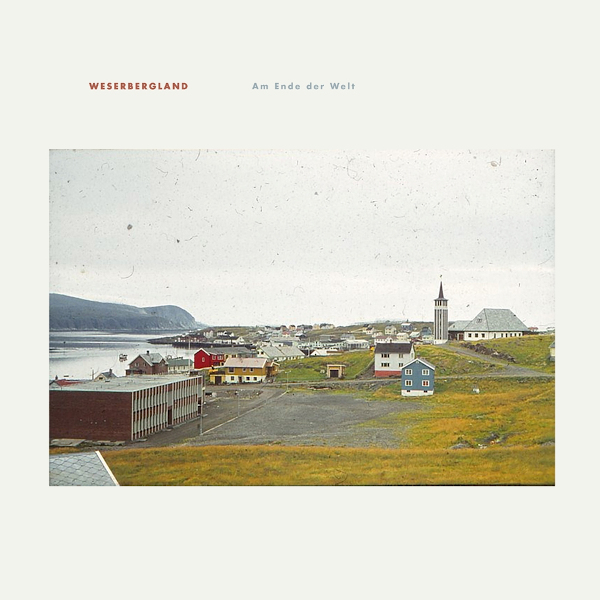 The second album from Weserbergland is certainly a case where being familiar with the debut album does nothing to prepare a listener for the sophomore effort. Ketil Vestrum Einarsen is largely on his own this time out, producing all the sounds aside from Gaute Storsve’s guitar, Jan Terje Augestad’s piano, Jørgen Mathisen’s saxophone, Maria Grigoryeva’s violin, and turntables from Molesome (AKA Mattias Olsson). Only Stosve and Olsson participated on the previous album. “Am Ende der Welte” is a single track just over 44 minutes in length, and it is an intense journey of impressionistic psychedelic noise created by acoustic and electronic sources. It starts serenely, almost in Max Richter mode, with stately keyboards and strings, and I’d swear I hear a clarinet, but there isn’t one credited. Then an insistent clicking rhythm comes in briefly, only to fade away. A bit later, distorted electronic drums come in with a heavily manipulated sound which seems to be cobbled together from samples from many sources. After a moment where it seems the samples are stuck, the rhythm resumes with a cello-like sound wandering around while erratic electronic noises populate the upper frequencies. Around the ten minute mark, there’s an interlude of drones and processed (not prepared) piano. The weirdness of accumulated noises builds up for a while, with sounds like twittering flutes, a didgeridoo-like drone, and all manner of unidentifiable sounds, eventually leading to more heavily processed drums. It’s like a continually waxing and waning series of electronic waves washing over the listener, with no concession to conventional composition or structure. At some point during the ride, most listeners will probably abandon any attempt to identify sound sources, which is likely to be a polarizing experience. For people who like to know and understand the music they hear, Am Ende der Welt could be a confusing and frustrating journey, but for those who can leave aside analysis, the recording is a monument to the ambitious application of modern techniques to organizing sound.

Trans-Siberian Orchestra - The Lost Christmas Eve – It’s hard to imagine that the core members of metal band Savatage would take a musical U-turn and arrive with a huge money-making project that has nothing to do with their previous incarnation. The...  (2005) » Read more