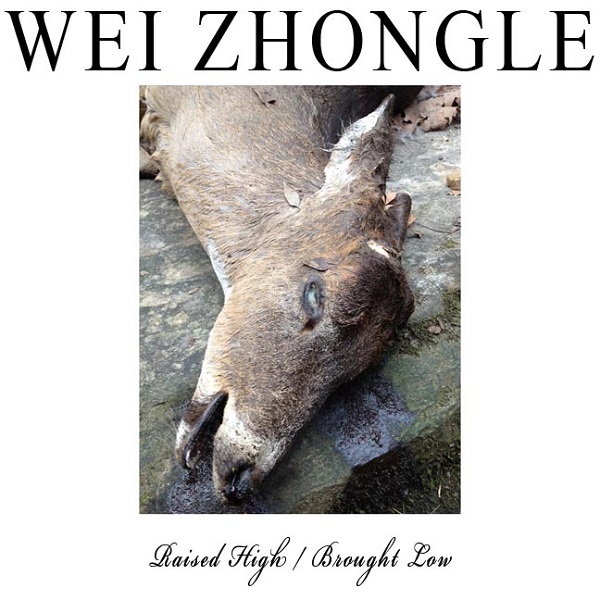 In the history of rock, most bands have consisted of guitars, electric bass, and drums. A lot have added keyboards, and smaller numbers have added strings and woodwinds of various kinds. But Wei Zhongle's lineup consists of guitar (often prepared), bass, drums, and two clarinets. That alone almost certainly puts them in a category by themselves, and when you add the Asian-inflected singing style, they have a really distinctive sound. All of which would be mere curiosity if it weren't for the quality of the music they produce. So many factors come together to make this work. The guitar is generally the basic instrument of the arrangements, but both the preparations and Rob Jacobs' unusual playing style put this well outside the normal sound of guitar-based rock. The strings often have a dull ringing gong-like tone, and are played in a percussive way. And then there are the clarinets. Their parts are often arranged as interlocking lines, much the way Fripp and Belew worked out their guitar parts in the 80s King Crimson material. At other times the two parts are more like conventional harmonies, and at still other times, they provide eerie long tones and dissonant sounds. Very nice stuff! And then there are the vocals — Jacobs sings with a nasal tone reminsiscent of Far Eastern traditional styles (Thai, Balinese, Japanese, Chinese) and in scales that do not fit the Western major/minor dichotomy. All in all, Wei Zhongle is one of the most fascinating American bands right now, and a real joy to discover. This short album (32 minutes) is a great introduction to a new flavor for music, and I guarantee you've never heard anything like it.

Už Jsme Doma - Nemilovaný Svět – The first I'd ever heard of this Czechoslovakian sextet was a tape someone sent to me last year of their first (1990) album Uprostřed Slov. I was suitably impressed with their twisted concoction of...  (1994) » Read more

Get Your Mantra on with Vibravoid