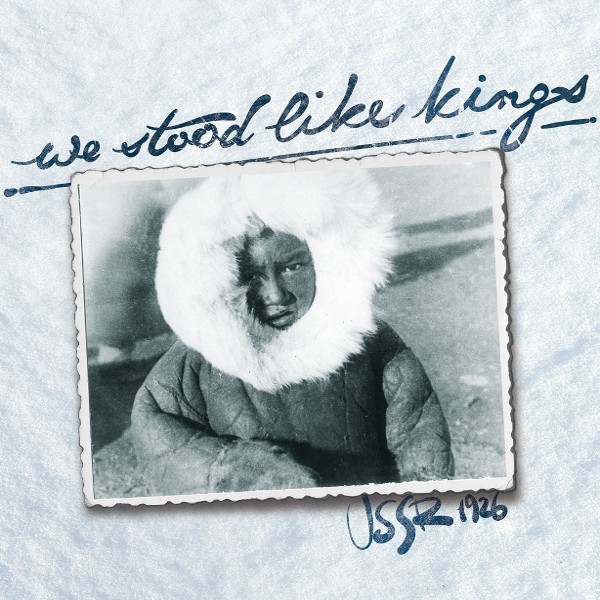 This is my first encounter with Belgian band We Stood Like Kings. Apparently their first release, Berlin 1927, was intended to accompany the 1927 silent film Berlin: Die Sinfonie der Großstadt, and they performed it live with the movie all across Europe. For their second outing, they’ve chosen the 1926 Russian film A Sixth Part of the World, which is a kind of travelog documentary showing the various regions of the Soviet Union at the time. If you’ve ever listened to a band like Mogwai or Godspeed You Black Emperor and thought it would make good music for the cinema, We Stood Like Kings has brought that thought to fruition. Judith Hoorens’ piano is the dominant instrument, with cascading arpeggios and dramatic melodies, with the guitar of Steven van Isterdael next in line to carry the tunes. The rhythm section of Colin Delloye (bass) and Mathieu Waterkeyn (drums) provides both propulsion and dramatic emphasis. This brand of post-rock pulls in more features from classic progressive rock than most, with the changes between sections more sudden, relying less on the slow, steady build and more on quick contrasts. The piano is supplemented with a battery of modern electronic keyboards, creating a very full and – dare I say – cinematic scope. This is not music about flashy individual performances, but evocative sound and accompaniment of the images, though the music certainly works on its own. You can even try watching the movie online while the music plays. As befits the historical nature of the silent films, the music avoids overt stylistic references to rock ‘n’ roll and other anachronistic genres, resulting in something that sounds vaguely Romantic as interpreted by the instruments used. Other artists have tackled producing music for silent film, but We Stood Like Kings seem to be making a career of it, and as long as the results are as solid as this, I see no reason why they can’t keep it going. I’d like a little infusion of Stravinskian modernism to supplement the older sounds, but that’s nitpicking.

Camel - Harbour of Tears – Camel's latest album is a rather moody, somewhat slow-moving concept surrounding the events which take place in a small town on the Irish coast. Harbour of Tears is again (like 1991's Dust and...  (1996) » Read more