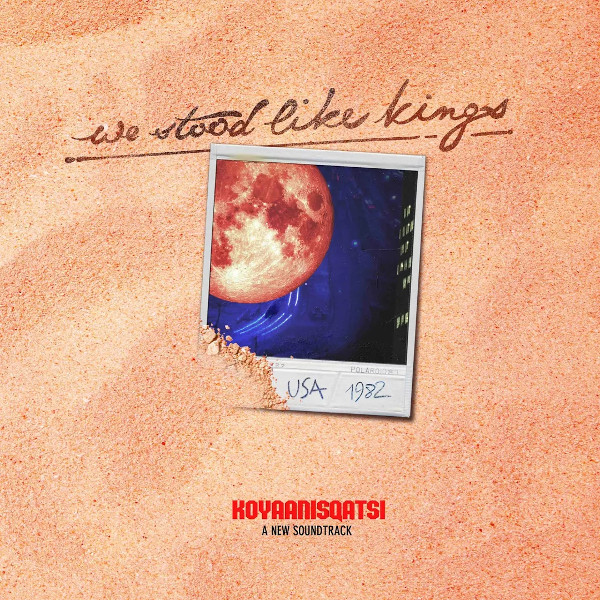 In 1982 film maker Godfrey Reggio released the movie Koyaanisqatsi, a montage of different shots without a plot, but focussed on nature, humanity, and their relationships. Avant-garde composer Philip Glass provided the soundtrack for Koyaanisqatsi, the Hopi word for “crazy life” or “life in turmoil.” Now 35 years later, the Belgian group We Stood Like Kings, has recorded their third album USA 1982 as a new soundtrack for this movie. Band members Judith Hoorens (piano), Philip Bolten (guitar), Colin Delloye (bass), and Mattieu Waterkyn (drums) play a set of eleven neo-classical, post-rock, progressive instrumentals that are essentially one long piece with eleven movements. Each track is in the 4 to 10 minute range and they all follow the same basic format. Each starts with a minimal and/or delicate motif that slowly develops and grows to a rousing climax with the full band rocking in the style of Godspeed You! Black Emperor. I have never seen Koyaanisqatsi so I cannot comment on how well the music supports the film, but I am guessing that you would have to listen to this music in context with the movie to fully appreciate how the two complement each other. For example, track four “Nuages” or “Clouds” begins with Judith’s delicate sustained piano that imparts an airy floating New Agey jazz vibe for the initial minute and a half. Then the full band kicks in followed by many mood and tempo shifts that take me away from thinking of clouds. As with any movie soundtrack, the music is intended to support what the viewer sees on the screen, and that is where listening to USA 1982 by itself may be a disadvantage. Then for me, after reaching track eight I found myself overwhelmed by the music and searching for some respite that only comes when the music stops at the end of Disc 2. Taken in small doses, you can really appreciate the intricacy and multi-layers of the music. But if you try to absorb the full 82 minutes in one setting, that may be over-saturating your aural senses.

Another Chance to Specify